ZTE-made Virgin Mobile Venture and Chaser are two new Android smartphones that will come to the market soon, according to PocketNow. Venture is a device with a full QWERTY keyboard, while the full touch one is the Chaser. 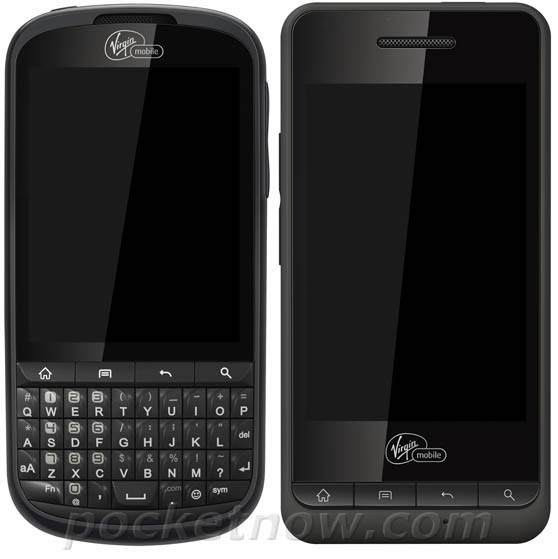 Virgin Venture looks very much like the ZTE Style Q, but it adds four physical Android buttons instead of capacitive ones. Apart from that, this handset is exactly the same as the Style Q when it comes to specs, meaning it’s a low end device with a 600 MHz processor, 2.8 inch 320 x 240 pixel display, 512MB of RAM and a 2GB microSD card slot preinstalled.

Chaser is still a mystery when it comes to specs, but this model looks like the ZTE X500 quite a bit. The handset is already available in the USA as the ZTE Score, sold by Cricket. If the info is real and the phone really is a rebranded X500, then the specs are obvious: 600 MHz processor, 3.5 inch display with lousy 320 x 480 pixel resolution and measly 3.2 megapixel camera. For the right price these Android 2.3 handsets could become secondary phones for the people who already use smartphones.