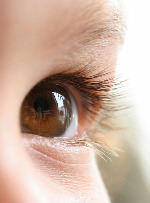 Nowadays even the touchscreen is starting to seem obsolete, so after overcoming physical keyboards, we might feel the need to explore further. Apparently, the next phase in interaction with devices involves gesture control and even face/eye tracking systems, such as the one developed by Senseye.

Senseye is a startup with a brilliant idea, that’s showcased in the video below. The Danish company developed software for Android that uses the front camera of a handset to track the user’s eye movement. Next, the motion will be turned into commands to the phone. Eye tracking promises to be the next big thing, especially considering the evolution of the Xbox Kinect and its potential future uses.

This new type of control bears the name of Natural User Interface (NUI), that in the future will replace the GUI. Meanwhile, in Sweden a company called Tobii is developing in-car eye tracking technology. Tobii allows the user to unlock his car using the eyes and control the dashboard software by looking around. Another nifty thing here is that the system senses when you’re falling asleep and can save your life by waking you up.