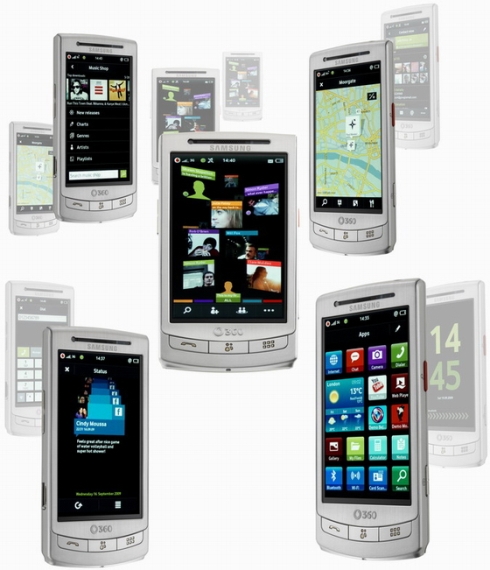 Vodafone 360 is compatible with many types of handsets and it plays the part of a personal address book, that brings together all the contacts on the handset, social networks and all sorts of Internet accounts. This service can automatically sync phones with the user’s Mac or PC, offering access to Facebook, Google Talk or Windows Live Messenger, plus Twitter and Hyves support, to be added soon. 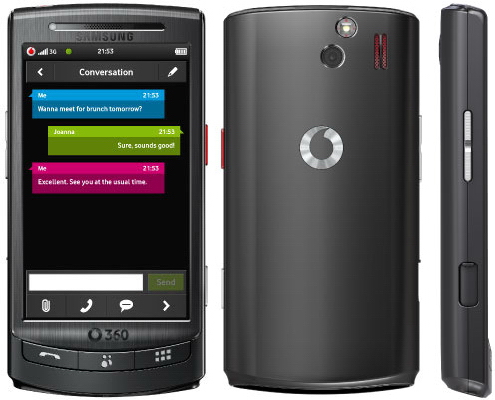 Samsung H1 and M1 are based on a Vodafone 3D UI, that relies on LiMo and you have to know that the first phone comes with a 3.5 inch OLED touchscreen dislay, a 5 megapixel camera with autofocus and flash, GPS, WiFi, push email, HSDPA connectivity and 16GB of internal memory. Vodafone 360 M1 by Samsung packs a 3.2 inch TFT touchscreen display, GPS, a 3 megapixel camera, 1GB of expandable memory, HSDPA support and push email. 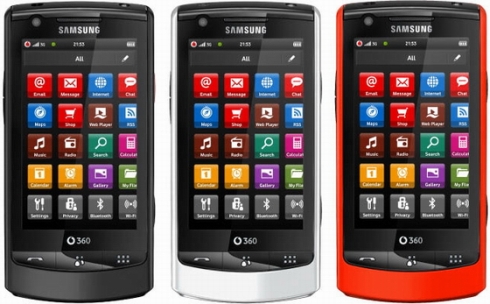 Vodafone’s 360 service and the above-mentioned phones will be available by the year end in Germany, UK, Greece, Ireland, Netherlands, Portugal, Italy and Spain. In 2010, the offer will expand to France, Russia, India, Romania, Turkey, South Africa, Australia and New Zealand, also adding extra handsets. Here’s a presentation video showing what the 360 is all about: