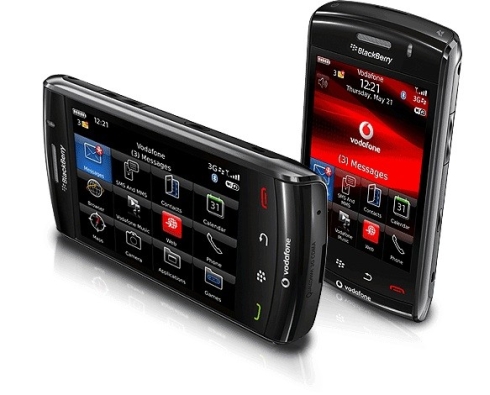 Its specs include a 3.25 inch 360 x 480 pixel capacitive touchscreen display, with SurePress technology that’s been improved, WiFi 802.11 b/g and UMTS/HSPA connectivity (2100 MHz). 256MB of flash memory are also on board, plus 2GB of onboard memory and a microSDHC card slot, for extra storage.

A 3.5mm headset jack is also among the specs, together with a 3.2 megapixel camera with video capture, GPS, a 1400 mAh battery providing 6 hours of 3G talk and Bluetooth 2.1. BlackBerry OS 5.0 runs the show on the upcoming Storm2.