HTC Sensation is supposed to be one of the main handsets this summer, the only possible model to defeat Samsung Galaxy S II in direct battle. We’ve tested this device and we were a bit disappointed by its benchmarks, as shown here. However, let’s see what makes this device good enough to reach your pocket. 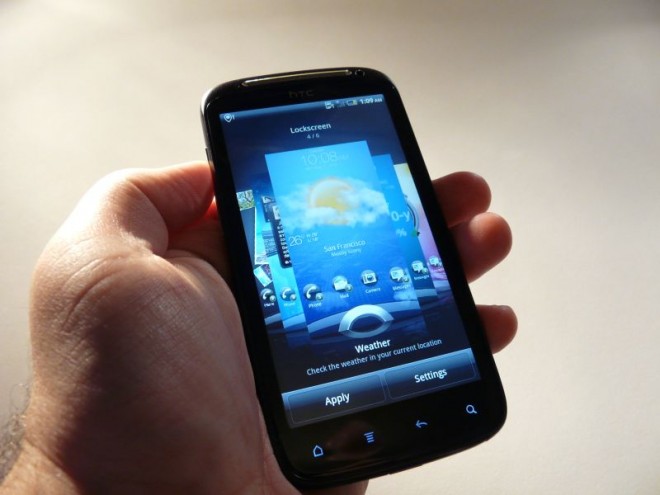 HTC’s latest dual core model packs a 1.2GHz dual core processor, a Qualcomm MSM8260 Snapdragon model that doesn’t quite face the competition of Samsung’s Exynos, to be honest. After all in the Quadrant benchmark no less than 1000 points separate the Galaxy S II and Sensation, with the upper hand belonging to the Samsung model. Some blame it on the S-LCD qHD display on the HTC phone…

The same appealing qHD screen with a 4.3 inch diagonal and 540 x 960 pixel resolution may be a blessing in web browsing, allowing you to read text on a site even without zooming, but it’s also a curse, since none of Gameloft’s HD games work on the device. Apparently, they’re not compatible with the qHD resolution for now, but things may change in the following months. 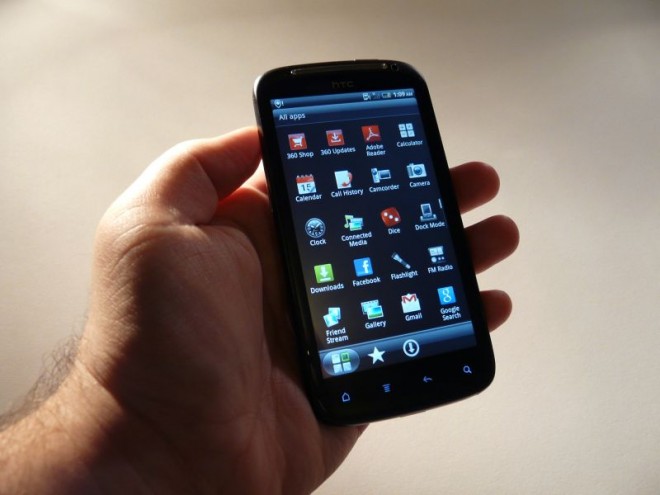 HTC Sensation measures 11.3mm in thickness and weighs 148 grams, so it’s quite heavy when compared to its rivals. Another bummer is the mere 1GB of internal storage that HTC provides, but at least the phone comes with an 8GB card bundled. The 768MB of RAM are good enough to run quite a bunch of apps, although I have to say that I managed to block the phone at some point.

Connectivity-wise, you get HSDPA 14.4MBps, WiFi 802.11 b/g/n, DLNA and Bluetooth 3.0. Once again Samsung Galaxy S II has the upper hand on the connectivity side, with a higher download speed and moving on, we discover a pretty good camera (for a HTC). We all know that the Taiwanese maker is not quite the best when it comes to video/photo quality, but this time you’ll be pleased with the results on HTC Sensation. However, I can’t help and compare the pics/vids with those taken with the Galaxy S II, with the winner once again being the Samsung model. 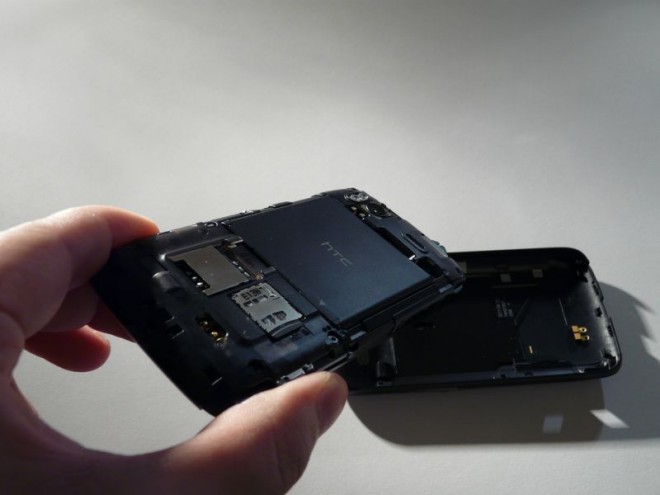 Sensation uses an 8 megapixel camera with autofocus, dual LED flash, geotagging, touch focus, image stabilization and support for 1080p 30 fps video capture. Stereo sound recording is also on board. Android 2.3 runs on the device with HTC Sense 3.0, that looks very hot with its next-gen transitions, 3D effects and possibilities of customization. You can even customize the Lock Screen including social networking aspects in it, so you will see tweets and Faceobok updates floating around in 3D.

One last thing to mention is that the middle back side of the phone tends to overheat and it can become unpleasant to the user. Here’s the video review, if you want more details, but overall HTC has to do better than that if it wants to conquer the dual core segment: