Heavy promotion for HP’s Veer tiny handset has begun, with the device being already spotted on some trucks. Now, the handset was seen in white with AT&T branding, a clear indication of the direction the product is going. The device has already passed the FCC, so it must be heading to the store shelves. 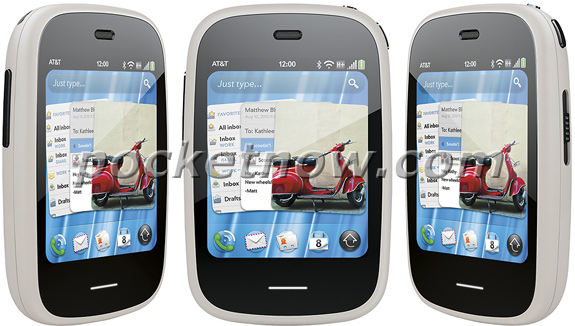 HP Veer is very tiny phone and you can consider it a rival for the likes of the Xperia Mini units, albeit with a more business-like allure. Its specs include an 800MHz CPU, a 2.6 inch 320 x 420 pixel display, 512MB of RAM, WiFi and HSPA+. The OS on board is most likely webOS 2.1, but the handset may launch with a newer version, like 2.3 or even 3.0, that we’ve seen on the HP TouchPad slate.

Launch is supposed to go down on May 2nd.