There was a white iPhone 4 spotted in New York the other day, but apparently there’s more to this device than meets the eye. First of all, the case could be an invisible shield casing, proved by the black line spotted in the image below. This black line could mean that there’s a modified antenna bar cut into the device’s metal. 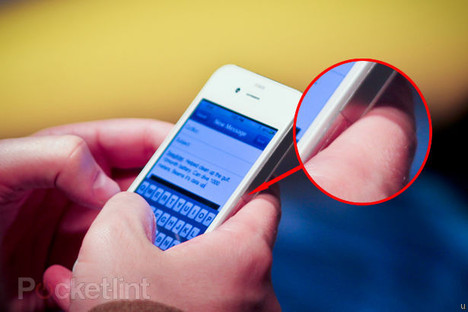 Speculations say that the upgraded iPhone 4 has had its antenna bar moved in the middle right side of the handset, to rid the iPhone of its signal issues and poor reception. Thus, the death grip should be gone, if this is real. Would you buy an iPhone 4 with such an upgrade?