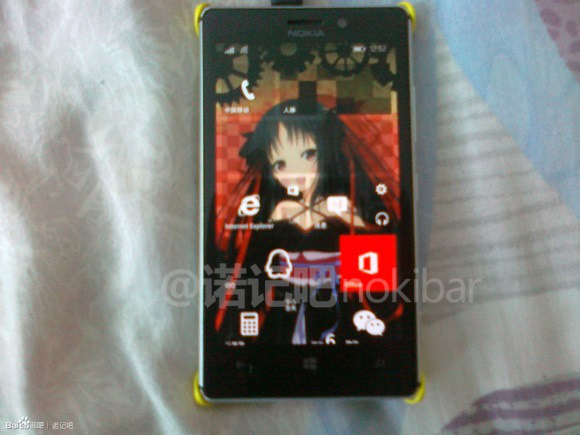 Windows 10 for phones was spotted in action this week on a few devices and it was leaked both in screenshots and actual hands on pictures. That’s a good thing, since we get to know more of its features. The platform is shown below on the Lumia 925 in a test version, that reveals some novelty.

First thing we noticed is that the tiles shown here are transparent and not translucent. This means they don’t only let light pass through and show a blurry image, but rather they’re totally see through. The device is also shown with a full wallpaper and the other images reveal the new expandable action center, with 3 rows of shortcuts. Word has it that this area will also integrate a translucent bar dedicated to Cortana. 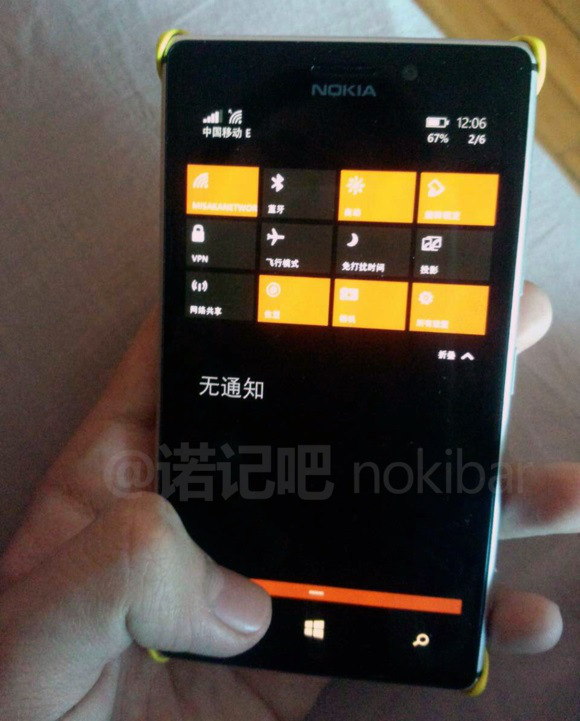 Then there’s a shot of the new universal PowerPoint app, that’s pretty blurry and doesn’t exactly reveal anything big. Other features from Windows 10 for phones that we’ve learned about over the past days include a new vertical long tile, the presence of a brand new calculator, the moving of the keyboard in the mail app, a redesigned dialer and new Settings area. 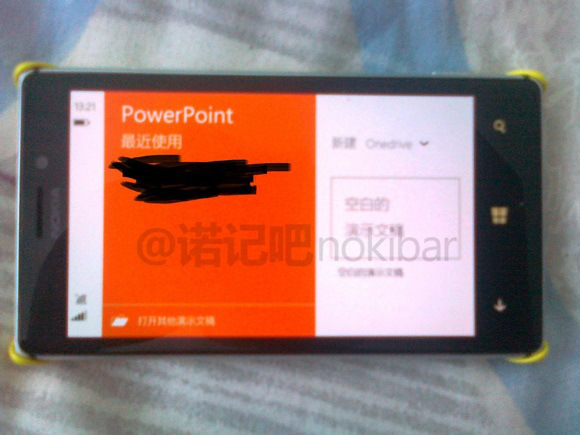