Steve Ballmer, Microsoft chief officer recently visited Australia, for a Telstra conference. He took the opportunity to announce that Windows Mobile 6.5 will hit next year, which pretty much postpones WM 7 for 2010 or so. 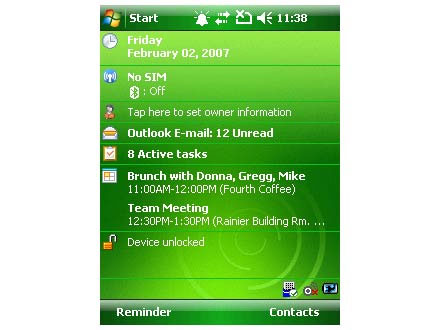 Ballmer also talked about big touchscreen displays, video streaming over the Internet as the future “10 years from now” and bragged about the sales of WM devices (20 million of them). One of the focal points of his speech was Microsoft’s cooperation with Telstra, Australia’s main mobile carrier, as it turns out that we’ll see a custom Telstra user interface on top of Windows Mobile pretty soon.

Microsoft’s chief officer wasn’t keen on giving more details on either Windows Mobile 6.5 or 7, not even mentioning multi-touch support or any important features, but he did find the time to criticize Google Android, for it lack of business model. Well, what can we say… it’s Microsoft, aggressive as usual…