The iPhone has been part of one or two bashing experiments and it has passed through a blender, but now it’s time for a Windows Phone 7 handset to get rough treatment. EZ Grill, a BBQ company decided to promote its flaming grill through an original video, showing an iPhone 4, Android G2 and HTC Surround WP7 handset roasting. 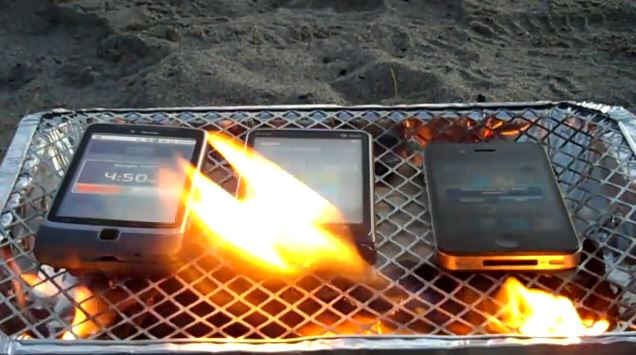 Working with social media agency Banyan Branch, EZ Grill tested the endurance of the phones, with the iPhone and Android model going under quite fast. The WP7 handset was the most resilient one, lasting more than its rivals. Will this feature make it to the specs list?