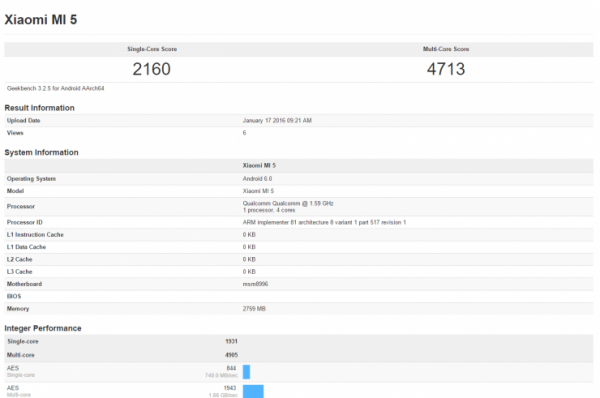 Xiaomi Mi 5 is edging closer to its launch, after being in the rumor mill for almost half a year. Today one new piece of the puzzle is unveiled, as the device gets benchmarked in GeekBench 3.

While the multi core score doesn’t seem to get beaten, the single core one has certainly improved. We’re also expecting Xiaomi to unveil a version of the Mi 5 that has 4 GB of RAM and 64 GB of storage, as an alternative to the 32 GB storage/ 3 GB RAM one. Last I heard this flagship was coming on February 20, so we’re a month and a bit away from unveiling.