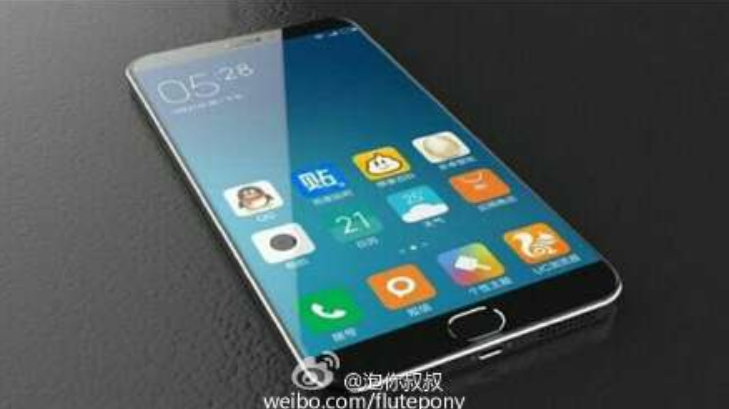 Xiaomi Mi 5 leaked just yesterday in a pretty generic render and today it pops up again, this time in a blurrier image, that confirms its thin bezels and the presence of a physical Home button. 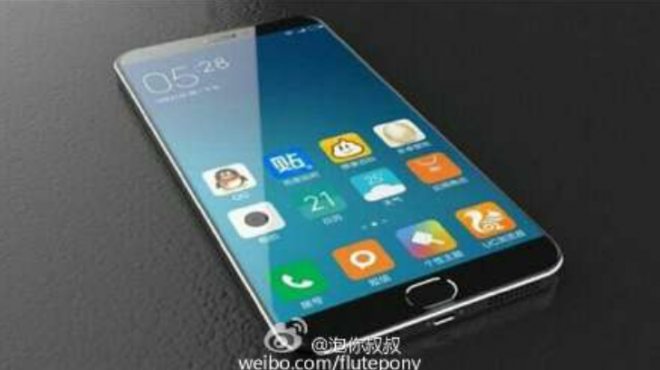 Said button is said to hide a fingerprint scanner and this model is expected to bring an USB Type C port placed between two bottom side speakers and a 5.5 inch Quad HD screen. Initially expected to be unveiled this month, the product is actually coming at the end of January 2016. Rumors suggest that the Mi 5 may come packing Qualcomm’s ultrasound fingerprint scanner, in spite of the fact that analyst Pan Jiutang seems sure we’ll be seeing a traditional biometric scanner.

We’ve previously heard about 4 GB of RAM being on board, a 21 megapixel back camera, a 5.3 inch screen diagonal and a 2.5D screen panel in the mix, with curved edges. The Snapdragon 820 will be the start of the specs and we’ll also get an 8 MP front camera. Let’s see if it really launches on January 21st…