Here we are again, with another unboxing, this time one for the Xiaomi Mi A3. One of the most hyped midrange phones right now, the device packs a triple back camera and runs Android Pie with the whole Android One thing going on. It debuted in July this year and it’s priced at $250 on Amazon. We already tested the Xiaomi Mi A1 and the Mi A2, which were pretty fine, but made camera sacrifices. Let’s see if this one solved that…

Xiaomi Mi A3 comes in a beautiful blue hue, that catches the light in the shape of the letter “S”, or at least so it seems to me. It’s made of glass and metal, a premium build and you can also get it in gray or white. Inside its box we find a metal key used for the slots, a charger, USB-C cable, a case and manual. Mi A3 measures 8.5 mm in thickness and weighs 173.8 grams. 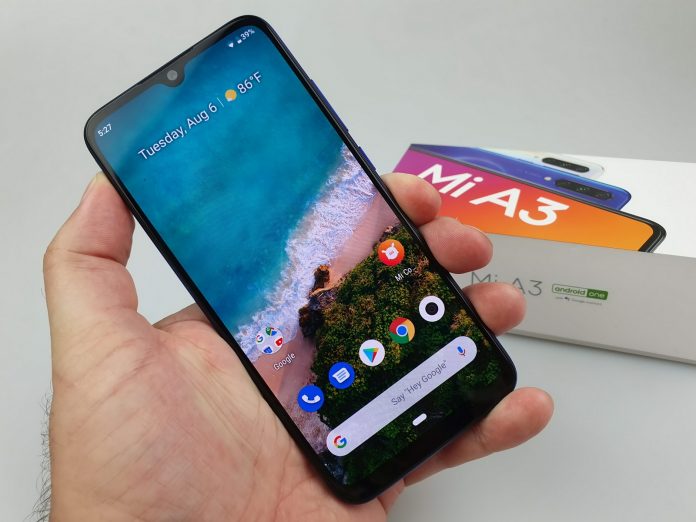 The handset uses a 6.01 inch screen, of the Super AMOLED variety with a resolution of 1560 x 720 pixels and an aspect of 19.5:9. It also has a teardrop notch and I want to highlight that many people are already complaining about the resolution, which may prove to be a caveat for this device. Moving on to better pastures, there’s a fingerprint scanner embedded in the screen and an infrared emitter at the top side, used to control TV sets and set top boxes and more. 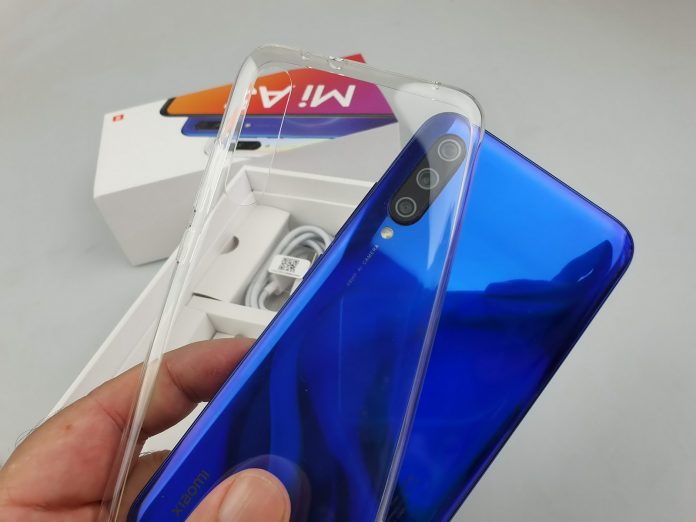 Inside the smartphone there’s a Qualcomm Snapdragon 665 CPU, the same one seen on the Xiaomi CC9E, plus 4 GB of RAM and 64 GB or 128 GB of storage. There’s also a microSD card slot, doing double duty as a nano SIM card slot. Upfront we find a 32 MP selfie camera in a teardrop notch, which may be the same one with the Huawei P30 Lite one. 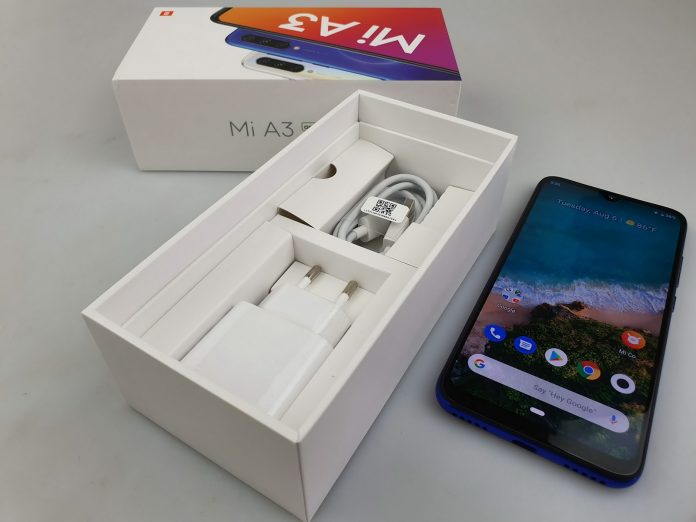 Moving on to the back side, there’s a 48 MP main cam, which is probably the one from the Redmi Note 7. We add to that an ultra wide 8 MP shooter and a 2 MP depth camera. The device runs on Android Pie, in a stock and clean experience, which will get Android Q pretty fast and Android R too. There’s WiFi dual band here, an USB-C port, Bluetooth 5.0, GPS, an audio jack, FM radio and 4G LTE.

Almost forgot about the battery, a 4030 mAh unit, with 18W fast charge. I can already tell you a spoiler: this is definitely the selling point of the device, since I’ve already tested it. Xiaomi Mi A3 feels like a rival for the Samsung Galaxy A50 and Huawei P30 Lite, being able to rise up to their camera prowess, battery too, but the screen… well, let’s just say that at least it’s an AMOLED.

We’ll be back with a full review soon. You can get the phone here.