Motorola One Vision felt like it gives the Huawei P30 Lite and Galaxy A50 a run for their money. Its price also dropped rather fast and now here comes another Motorola One, this time the Motorola One Action. Freshly unveiled today, the device is expected to come to India on August 23rd. It should be priced at around $250 and we unboxed it and spent some quality time with it. What came out of that can be learned below.

First things first! Don’t expect anything different from the Motorola One Vision, aside from the camera. It has the exact same screen, CPU, RAM, battery. The design is also similar, albeit in a new Pearl White. The size is the same, although the phone felt a bit heavy for me, at first sight. Inside the box we find the USB-C cable, charger, a case, manual and a metal key uses to access the slots. 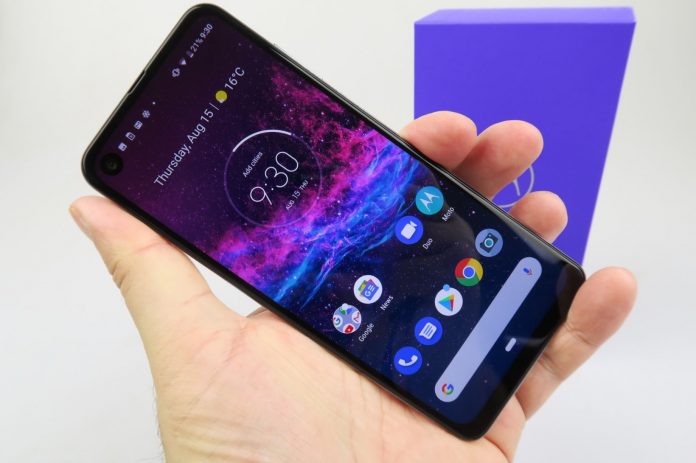 There’s no pair of headphones this time around. Motorola One Action is made of glass and metal and feels pretty sturdy and premium for its price. It’s got a 6.3 inch IPS LCD screen with a 21:9 aspect and pretty big bezels, plus a rather big cutout for the 12.6 MP selfie camera. It shows a resolution of 2520 x 1080 pixels. Inside the phone we find an Exynos 9609 processor, basically a derived version from the Galaxy A50’s Exynos 9610. 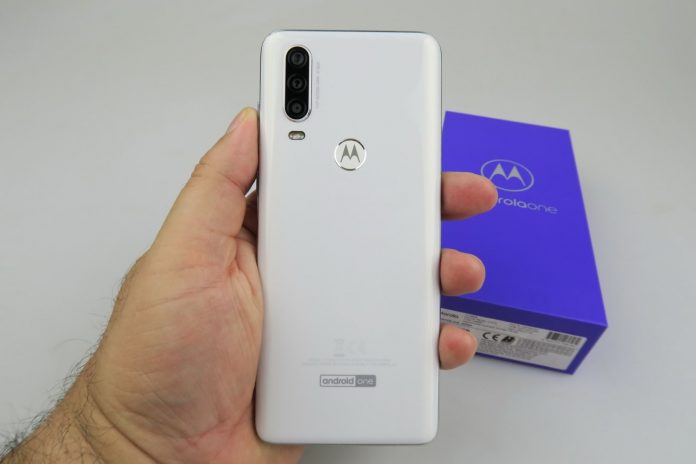 There’s also 4 GB of RAM, 128 GB of storage and a microSD card slot. The battery stays at 3500 mAh. Of course, the connectivity is the same, going from USB-C to 4G LTE, dual SIM slots, GPS, Bluetooth 5.0 and Dolby Audio. We also find the very comfortably placed fingerprint scanner at the back side. The only real change is the main triple camera.

It holds a 12.6 MP main cam, the secondary 8 MP action cam, with 117 degree wide angle lens and the 5 MP Bokeh camera. There’s also a dual LED flash and 4K video capture here. From what I understood, the Indian market will also get a cheaper 3 GB RAM/ 32 GB storage model. Obviously this is still a phone with Android Pie and Android One, meaning it’ll definitely get Android Q and Android R fast. 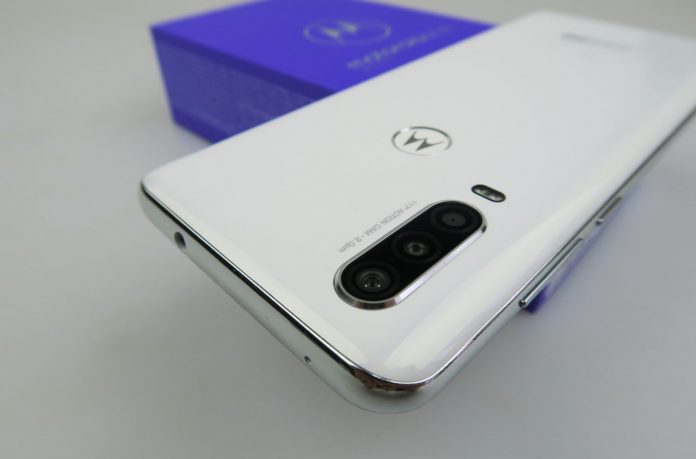 Now, the camera, I played with it for a bit during a music festival. The pics aren’t half bad and they feel like the Galaxy A50 and Huawei P30 Lite ones, with less burn. I also found some nice flower Bokehs. The action camera only takes video, not photo and it requires for you to hold the phone in portrait mode. The stabilization is fine for the price you’re paying, but it’s not as close to the action cameras on the market, like Moto promised. 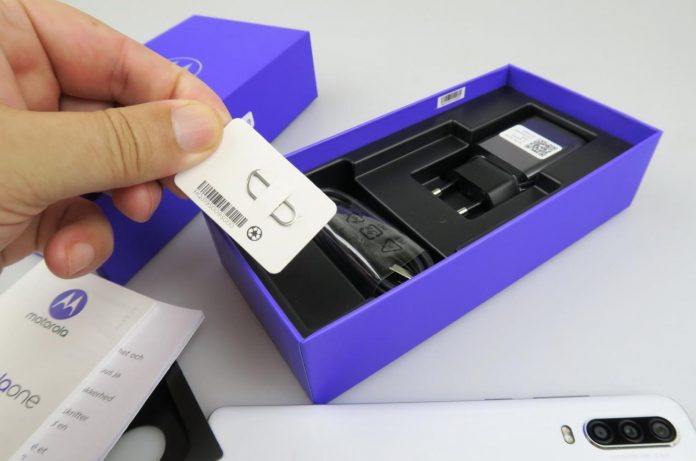 It’s better than your average electronic stabilization for sure. I caught a bump in the road and the image shook a bit, for example. I’ll have to test it further, in skateboarding, ATV and bike situations to see how it really performs. So far, so good, a Xiaomi Mi A3, P30 Lite and Galaxy A50 rival for sure. I expect benchmarks and battery tests in the vein of the Moto One Vision.

We’ll be back with a full review soon. 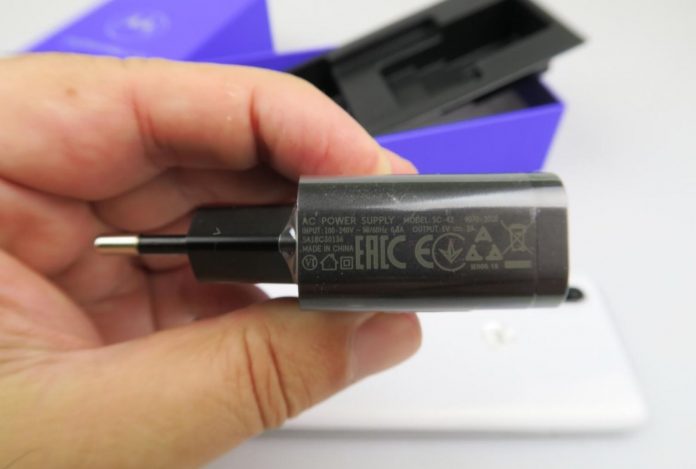