After playing with some affordable and midrange Samsung phones, it’s time to check out one of their biggest rivals. It’s the Xiaomi Redmi Note 7, which debuted earlier this year and it’s priced at a mere $150. The device is unboxed below and we have the first impressions.

We’re dealing with quite a big phone here, one that feels a bit more massive than its 6.3 inch diagonal. This dual camera midranger came to us in the 3 GB RAM version, with 32 GB of storage and with a black hue. It can also be bought in blue, gold, white, or even red. Inside the box we find the USB Type-C cable, user manual, silicone case and charger. 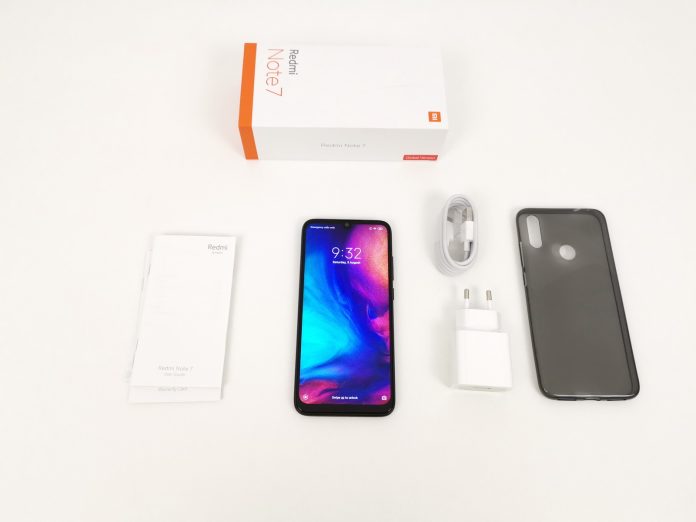 Xiaomi Redmi Note 7 has a glass front, protected by Gorilla Glass 5, plus a glass back, as well as a plastic and glossy frame on the sides. It measures 8.1 mm in thickness and weighs 186 grams. The first thing I noticed was two nifty things: the audio jack and an infrared emitter at the top of the device. It lets you control a set top box, TV set, or even air conditioner.

Specs are rather typical: Snapdragon 660 CPU, 3 GB RAM, 32 GB storage, microSD card slot and IPS LCD 6.3 inch Full HD+ screen. There’s also a 4000 mAh battery, of which I’ve only heard good things, plus dual SIM slots (one hybrid). On the camera front, the selfie shooter is a 13 MP unit cut at the top of the screen in a teardrop notch, while at the back we have a dual camera with a 48 MP main sensor and secondary 5 MP sensor, for Bokeh. 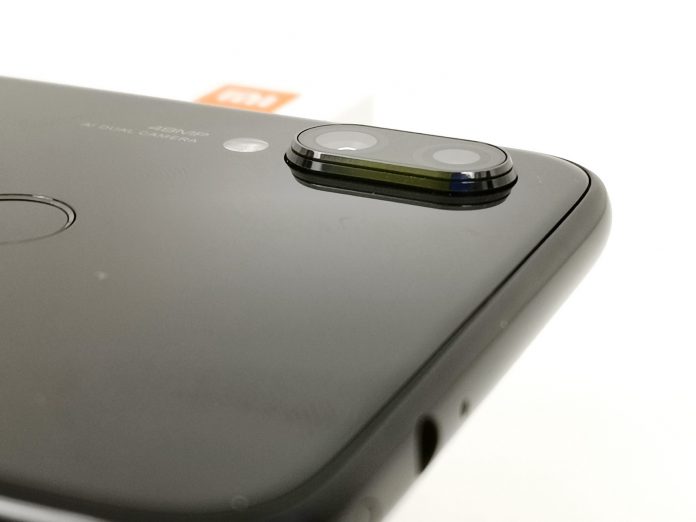 A LED flash also makes the cut and we have FHD 60 FPS video, Bokeh and more. On the connectivity side of things there’s Bluetooth 5.0, GPS, WiFi a/b/g/n/ac and 4G LTE. To those we add a fingerprint scanner at the back side for security and Android Pie with MIUI 10 on top. We also got a software update that adds 48 MP full size capture, aside from the 12 MP one with combined pixels.

First impression? The device is very similar in design with the Huawei P20 Lite and Honor 8, feels a bit heavy and the screen isn’t half bad, even in the sun. The camera is also pretty close to the Galaxy A lower end series of 2019, from the few pics I took. We’ll be back with a full review soon. You can get the phone here.