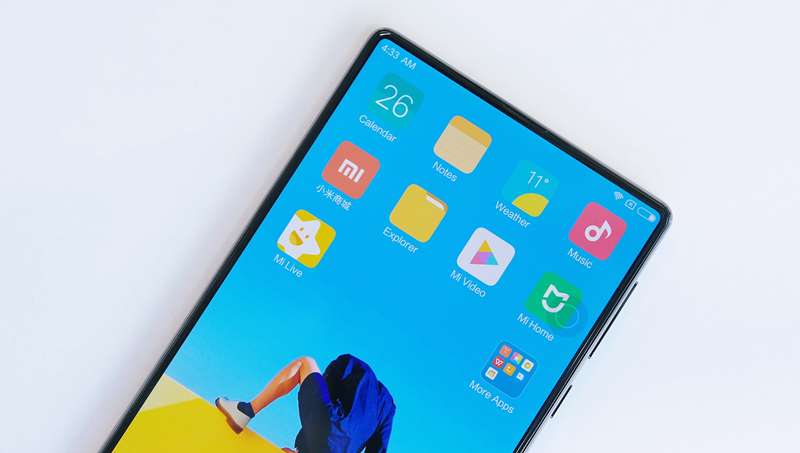 We’ve yet to see the first Snapdragon 835 device launched and we’re waiting for it anxiously, but there are hints that Xiaomi may just premiere this trend. Today we’ve spotted the Xiaomi Mi MIX EVO listed in GeekBench with 4 GB of RAM and a Snapdragon 835 CPU. 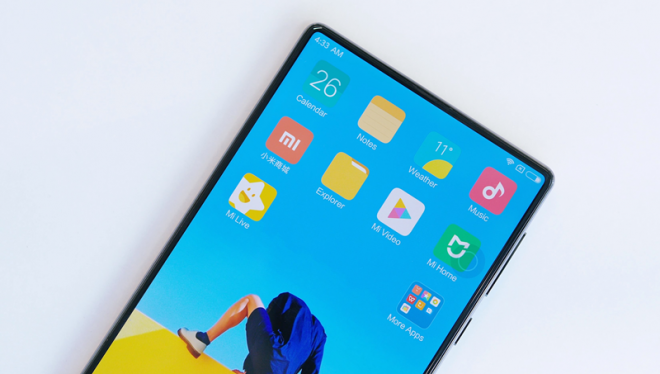 Last we heard, Xiaomi was prepping a so called Xiaomi Mi Mix Mini/Nano, according to rumors, that they were quick to dismiss though. Today we learn that a newcomer derived from Mi MIX exists and it’ll be an upgraded version of the edge to edge phablet. The phone also has Android 6.0.1 Marshmallow on board and gets 4 GB of RAM only, which seems like a little, as a companion to the new CPU. 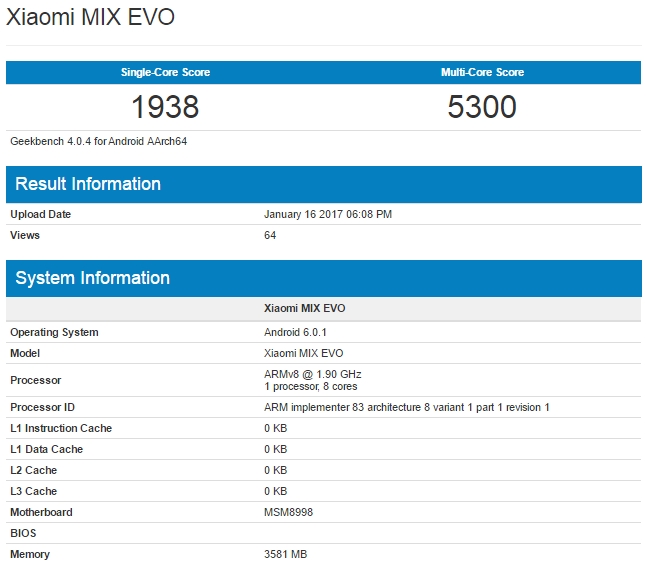 The design is likely to stay the same, but hopefully the phone will be made in a less limited edition than the first Mi MIX. We’re expecting a large Quad HD screen here, all the modern connectivity options and maybe even a dual camera at the back to surprise us. Ceramic is also a possibility for the case. Expect more leaks soon!