Xiaomi is a huge hit apparently, so after managing to sell over 3.5 million units of the original Xiaomi One handset, the Chinese phone company released the upgraded version Xiaomi One S. This must not be confused with the Xiaomi 2, that was released a week ago and it’s the first handset with a Snapdragon S4 Pro chipset. 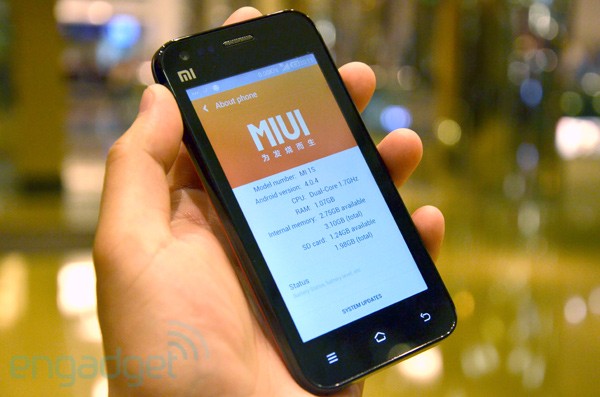 Meanwhile, Xiaomi One S is also pretty appealing, having a 1.7 GHz Snapdragon s3 chipset and it became a huge hit, selling 200.000 units in 30 minutes. The One S serves as a minor update to the Xiaomi One and its specs list includes a dual core Snapdragon S3 chipset at 1.7 GHz, 1 GB of DDR3 RAM and an 8 megapixel camera at the back, plus 2 megapixel front camera. There’s also Bluetooth 4.0 on board, a 4 inch capacitive screen, Android 4.0 ICS with MIUI offered as ROM.

Finally we have microSDHC card support and this product is only available in China for now, although I expect an international launch soon. Xiaomi itself hinted at a possible international debut, so stay on your toes for this one! 1.3 million units of the One S are reserved now and the product ships on August 23rd.