Here we have another fine example of a 720p display phone, known as the Arrow Z and made by Fujitsu Toshiba. We’re dealing here with a dual core phone that uses a TI processor and comes with a 13 megapixel camera. 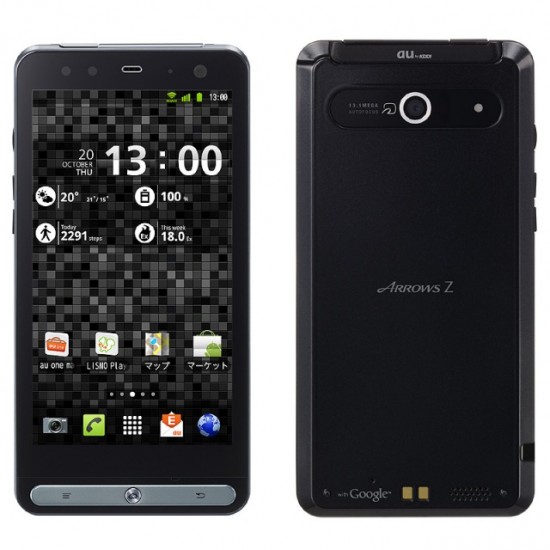 After the upgraded Galaxy S II with HD display that was announced recently, this is yet another HD handset that we’re dealing with and now the avalanche might start. HTC, Motorola and LG are all readying 720p display phones, that are all incoming. Back to the Arrow Z, this handset is waterproof and it comes in 3 color versions: white, black and fuchsia.

Its 1280 x 720 display measures 4.3 inches in diagonal and the specs of the smartphone also include a 1.3 megapixel front camera, 1GB RAM and 8GB of internal memory. There’s also IR, a digital TV tuner and Android 2.3.5 Gingerbread, that runs on a Texas Instruments OMAP4430 CPU at 1.2GHz. Sadly, this model will only debut in Japan in November, but we’re drooling in Europe, that’s for sure. 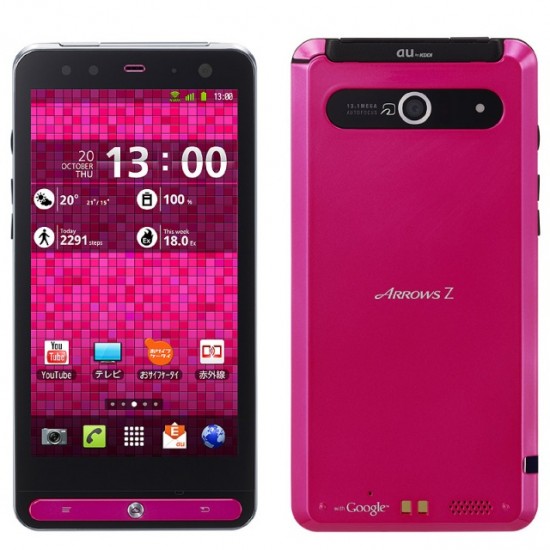