It appears that not only the US company BLU is working on a Windows Phone device, but also another not so big player called YEZZ. This is their first Windows Phone 8.1 device and it’s called Billy 4.7. 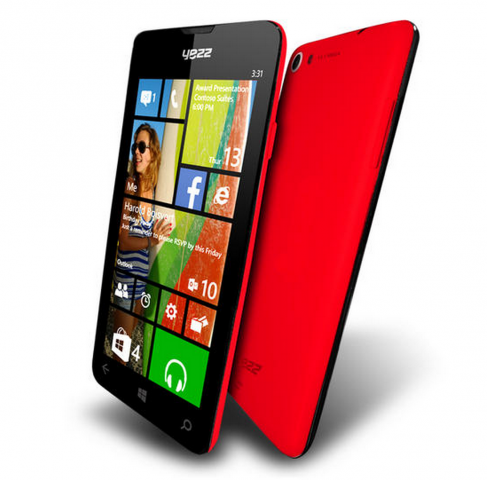 We’re dealing with a 4.7 inch phone with the thinnest body for a WP model so far. YEZZ was present in Barcelona at MWC, so this brand got some coverage this year. The Billy 4.7 relies on a quad core Qualcomm Snapdragon processor, it features a 13.1 megapixel camera and also has HSDPA+ connectivity, with 42.4 Mbps download speed. The device offers dual SIM capabilities and it’s among the few dual SIM WP8+ models out there, keep that in mind.

The price tag for the product will be $249 or 229 euros, starting from late May in Europe, Latin America and USA. These are contract free prices, obviously. There’s also a Billy 4.0 in the making, with similar specs and a 4 inch display. That device will have an 8 megapixel camera at the back, a quad core processor and a price tag of $139 or 129 euros.