Home Android YotaPhone 3 Teased for Launch This Summer, Priced at $350 and Featuring...

Out of nowhere YotaPhone came out and just teased the YotaPhone 3 handset, that will feature as usual an E Ink screen at the back. We also learn that it will be offered on preorder this summer and it’ll cost around $350. 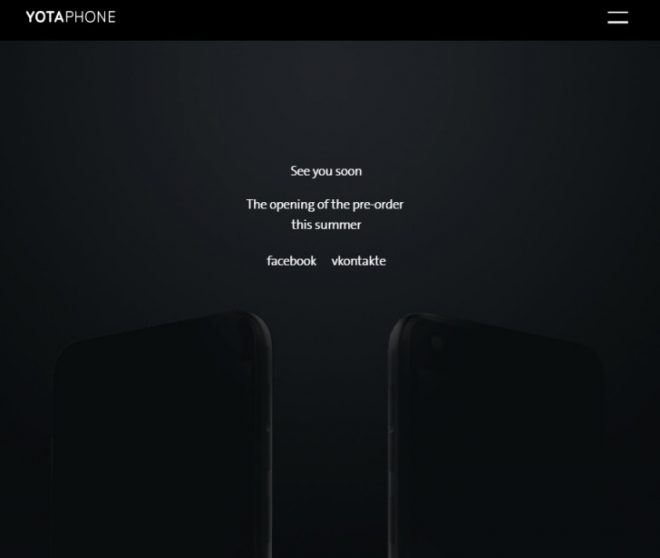 That price tag applies to the 64 GB version of the phone, while the 128 GB model will go for $450. We don’t have other info about the device sadly. Reports claim that it will reach the Chinese market in September. It’s been quite a long while since the YotaPhone 2, that was launched in February 2014, with Android KitKat on board and only this year received the Android Marshmallow update.

Looking at that model’s specs I can think of several areas to upgrade. For example the 8 MP main camera should jump to 12 or 13 MP. The Snapdragon 801 CPU will be bumped up to at least Snapdragon 820 probably. 4 GB of RAM should also be here and it would be nice if we still got an AMOLED panel upfront. The E Ink panel at the back is pretty much a given.

By the way Meizu is doing a similar thing, but with a small “patch” of screen below the main camera.