Home YotaPhone YotaPhone2 Arrives With A Main Display Developed By Samsung And A Secondary... 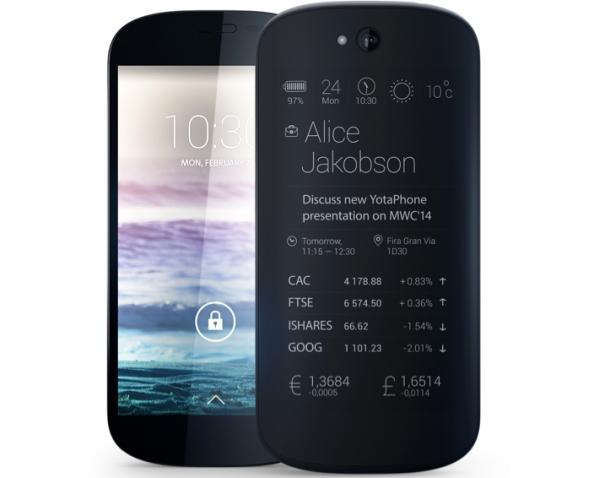 Even if the concept of a phone with dual sides/displays isn’t new, last year, the Russian smartphone manufacturer Yota arrived on the market with a device that brings this feature at a new level. After we previously found out that Yota Phone2 will arrive in the stores later this December, now we get to know what companies were contracted for its panels.

While the main 5-inch Full HD AMOLED panel was developed by Samsung Display, the secondary EPD display comes from E-Ink Holdings, a Taiwanese company specialized in the development of such panels since 2005 when the ePaper business Philips unit was bought and then launched the first eBooks on the market with EPD displays.

As we already know, YotaPhone2 brings a quad-core Qualcomm Snapdragon 800 processor clocked at 2.3 GHz, 2 GB of RAM memory and 32 GB space of internal storage, Even if the exact date of comercial launch hasn’t been made official, YotaPhone2 will arrive on the market for about $610.