ZTE just introduced a new Tegra 2-based smartphone called Grand X, that you can see pictured below. This dual core model was announced for the UK market and it comes with Android 4.0 ICS. Without contract it will be offered in Great Britain for as low as 190 pounds, which is pretty reasonable. 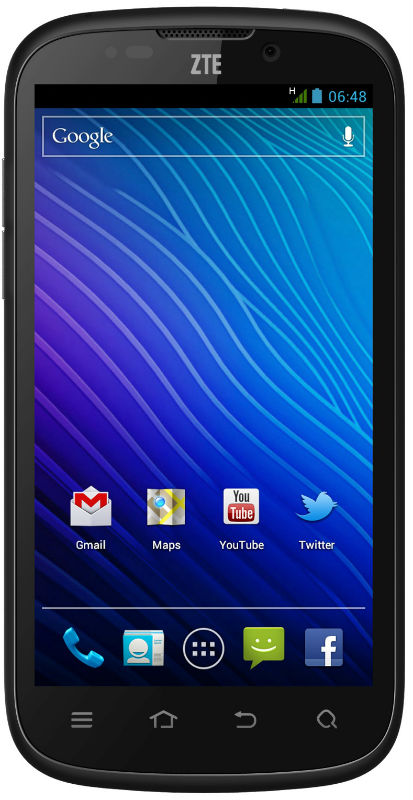 ZTE Grand X comes with HSDPA 21 Mbps connectivity, a 9.9mm thick chassis and a 1 GHz dual core CPU of the Tegra 2 kind. The device weighs 110 grams and features a 4.3 inch qHD display. There’s also a 5 megapixel camera on board with autofocus and a front VGA camera. Other features include 4GB of internal memory, 512MB of RAM, a microSD card slot, Bluetooth 2.1, WiFi and DLNA. There’s also a Li-Ion 1650 mAh battery on board, as well as Dolby Mobile Sound/HD Voice.

Other things to look out for on this device are the Documents to Go, Evernote and Tegra Zone apps, all bundled with the handset. It’s interesting that the Grand X actually has 4 capacitive buttons, unlike the usual 3 buttons that are used by Android 4.0 devices nowadays.