ZTE Flash is a handset we’ve heard of in July, when a bunch of specs leaked and the opportunity to see this model on Sprint was rumored. Now the usual leakster @evleaks posted a picture of the ZTE Flash and revealed that we may be treated with a 12.6 megapixel camera on this newcomer. 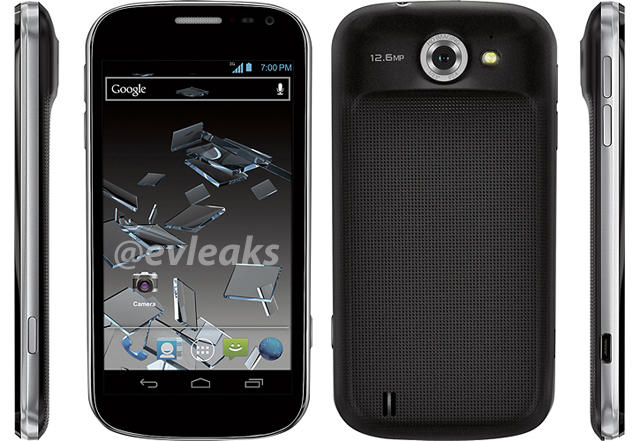 The device is also pretty rounded and has virtual Android buttons, both features that make me think of Google Nexus Phones instantly. This ZTE handset has a crazy price of $130, which is probably the price tag applied with a Sprint contract. Its specs include a 4.5 inch display, probably with HD resolution, a 1.5 GHz dual core processor and 1 GB of RAM. I guess that at least 16 GB of storage should be on board and a microSD card slot would also be nice.

Notice the big hump at the back, a la Pureview, but in a smaller fashion. Also, the texture at the back looks pretty nice and grippy, if you ask me. We expect an official unveiling soon, considering how many leaks happened. If the price is right, we’ve got an autumn hit right here.