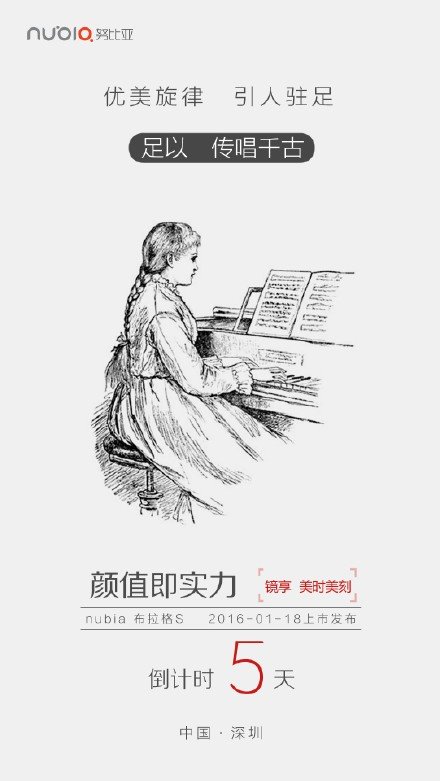 Yesterday it appeared that ZTE was going to announce two handsets from the Nubia series during its January 18th event. Those were the Nubia X8 and Nubia Z11 and today one more model pops up. The official Nubia microblogging account posted the teaser below.

It teases the new Nubia Prague S handset, that will excel in design, sound quality and photography, judging by the image. The Nubia Prague standard edition was previously announced last month, with a $227 price tag, 2 GB of RAM and 17 GB of storage, as well as a 5.2 inch Super AMOLED Full HD screen. It had a 2200 mAh battery, 4G connectivity and a 13 megapixel back camera.

The Nubia Prague S is either the “lite” version of the handset, or a superior one, maybe a phablet model. I tend to believe it’s the latter, perhaps a Quad HD affair with a 6 inch diagonal and 24 bit Dolby acoustics. A camera bump is also expected. We can’t help but wonder if the Nubia Z11 launch is still on…