ZTE came to GSM 2010 and brought goodies, like the V9 and Z-Pad slates shown below. The devices are both 7 inch Android slates and they resemble familiar devices, like the Galaxy Tab and the Archos 9. ZTE V9 goes for $330 in Russia and it’s about to debut in Australia on Optus, for $279. 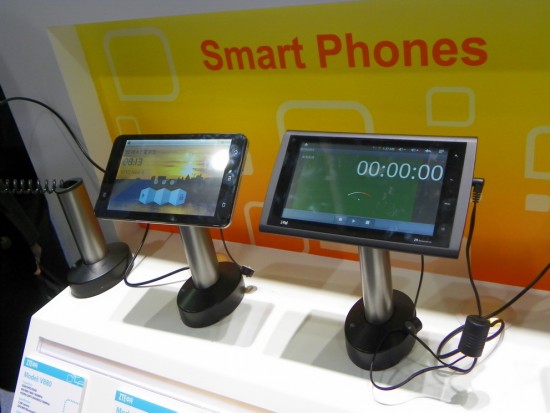 ZTE Z-Pad is not as detailed price-wise, but we know that it packs the following specs:

ZTE V9 is superior as far as hardware is concerned, but here’s why:

There’s also a bunch of videos below showing some fun hands on time with the devices, if you’re curious: