Motorola accidentally posted the specs of the Droid 2 Global online, thus confirming the rumors concerning the device’s CPU. It’ll be a 1.2GHz processor after all and in case you’re wondering, the features have already been pulled from the site, but luckily the folks of Android Guys have the screenshot below. 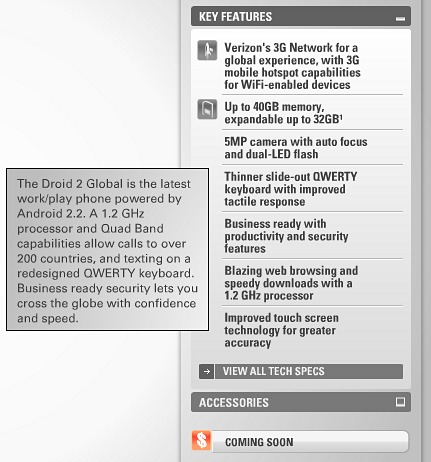 Aside from global roaming, the new Verizon handset also packs the following specifications:

Android Guys also uncovered that this is supposed to be a business and enterprise phone. We’re looking forward for some official confirmation, maybe an image or two, but we suppose the handset looks the same as the original Droid 2.