We knew that Acer was preparing a hot smartphone that will get introduced at Mobile World Congress 2009 and here’s a leaked picture of the handset finally, to increase everyone’s anticipation. This device was leaked on Boy Genius Report and the source of the leak claims that it’ll run Windows Mobile or Android. 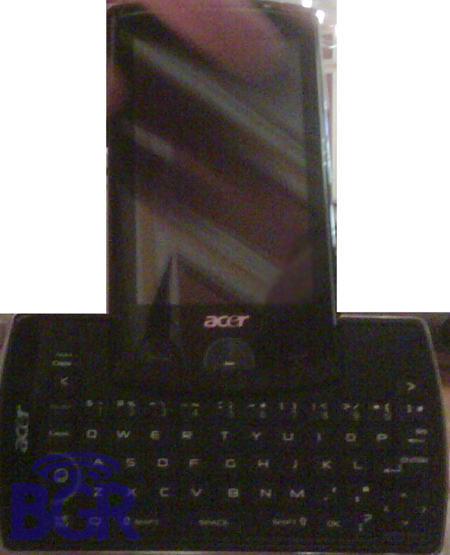 Notice the swivel keypad and the presence of a touchscreen, a neat combo, even for 2009. Too bad that there’s no specs list attached to the photo, but we suppose that the Acer handset will pack a fast CPU, a decent camera, 3G, GPS and a lot of storage space. The same source of the leak also mentioned another Acer phone, one that looked like an iPhone.

Another iPhone clone? What’s the world coming to?