Verizon is getting ready to launch BlackBerry Pearl 8230 Flip and the handset got pictured recently and shown by Boy Genius Report. This device didn’t cause as much fuss as Bold or Storm did, weeks before they were launched, probably because it seems to be just another SureType clamshell, unlike anything that RIM has created till now. 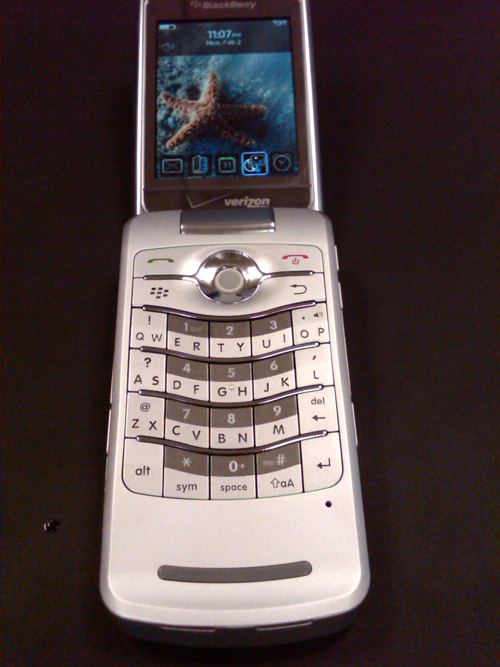 We don’t have any info regarding the handset’s price or launch date, but it turns out that it’ll arrive in silver and in case you’re wondering how some people can get their hand on such phones and take photos of them, it’s all about test units, given by Verizon.