Home Alcatel Alcatel Flash Plus 2 Show Up in GFXBench with High-End Specs and... 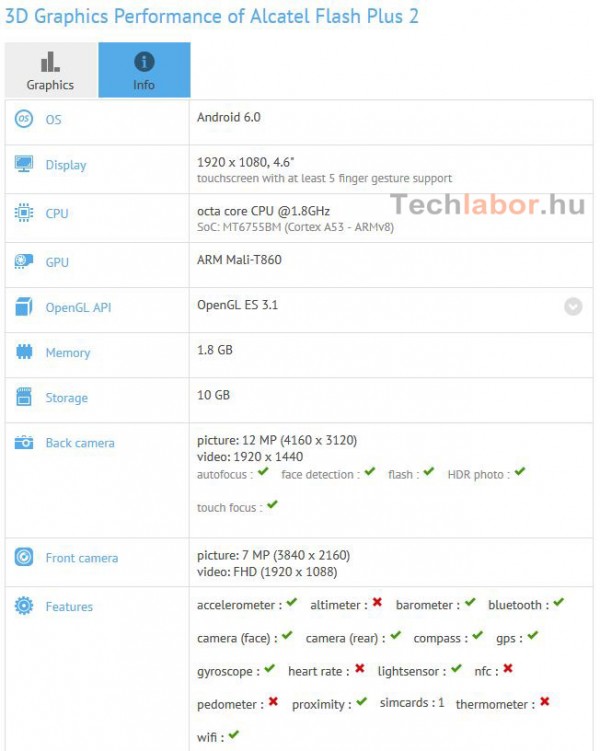 At Mobile World Congress 2016, Alcatel arrived with a couple of interesting smartphones, and it seems that now a new device is on the way. As revealed by GFXBench, the next smartphone is called Flash Plus 2 – the successor of a 5.5-inch product launched back in May 2015. However, this time we’re dealing with a compact variant with 4.5-inch Full HD display.

Among its specs we have an octa-core MediaTek MT6755BM processor clocked at 1.8 GHz, 2 GB of RAM memory, 16 GB space of internal storage and a 13-megapixel main camera. There’s a 8-megapixel front-facing sensor, Bluetooth, WiFi, and Android 6.0 Marshmallow as default operating system.

From here we also get to know that the phone offers an accelerometer, barometer, compass, gyroscope and a proximity sensor. It remains to see if indeed Alcatel Flash Plus 2 will be a 4.6 inch smartphone or not, as its name suggest a pretty different approach here. We also take in consideration that its predecessor was a 5.5 inch phablet.