Alibaba is a famous Internet business in China that covers online marketplaces and payment platforms, as well as a shopping search engine and cloud computing. Last summer they announced their expansion into the mobile OS field with Aliyun OS, that has now reached the point where it’s called the “Android of China”. This is a Linux-based, that offers a decent alternative for local phone makers. 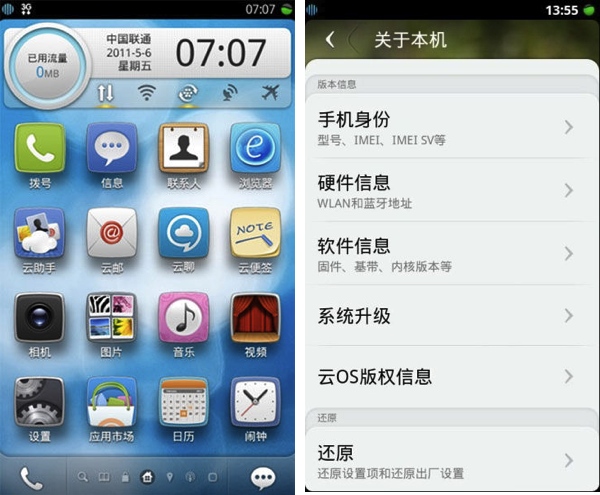 Aliyun OS debuted last year on the K-Touch W700 phone and after 3 years in the making the platform looks pretty good. Aliyun OS is based on the clouding computing services from Alibaba for features like email, maps, GPS, backups, contacts, texts storage, photos and more. A report from Sohu IT revealed today that the OS is gaining traction among phone makers in Asia. The total number of smartphone vendors adopting Aliyun is supposed to increase to five from the current two, that are Haier and K-Touch.

The name of the new vendors remains a mystery for now. A reason to go with Aliyun instead of Android is that in China Google Search, Google Maps and Gmail are limited, so you don’t get their full functionality. When working on Aliyun apps third party developers can opt to develop cloud apps over their own servers or use the AliCloud infrastructure for the task. You get a decent view of the OS in the video below, if you’re curious: