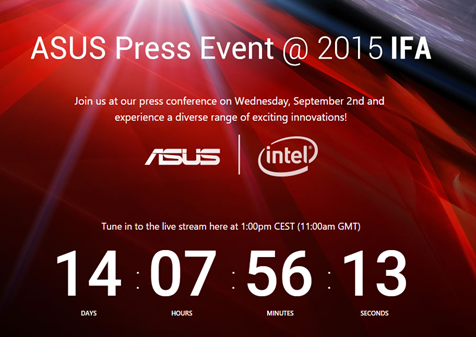 There’s just two weeks left until the IFA 2015 show will open its gates for all the tech editors and companies around the world. At this show we expect to see a lot of new products, and as expected, several producers already started to tease theirs devices. ASUS is one of these companies, producer that reveals the day when a press event will take place.

September 2nd will be the lucky day, day when we’ll see some pretty interesting devices. As you can see in the press invite above, the event will be live streamed for those who won’t be attending to IFA. On ASUS official Facebook page we can see a video teaser too.