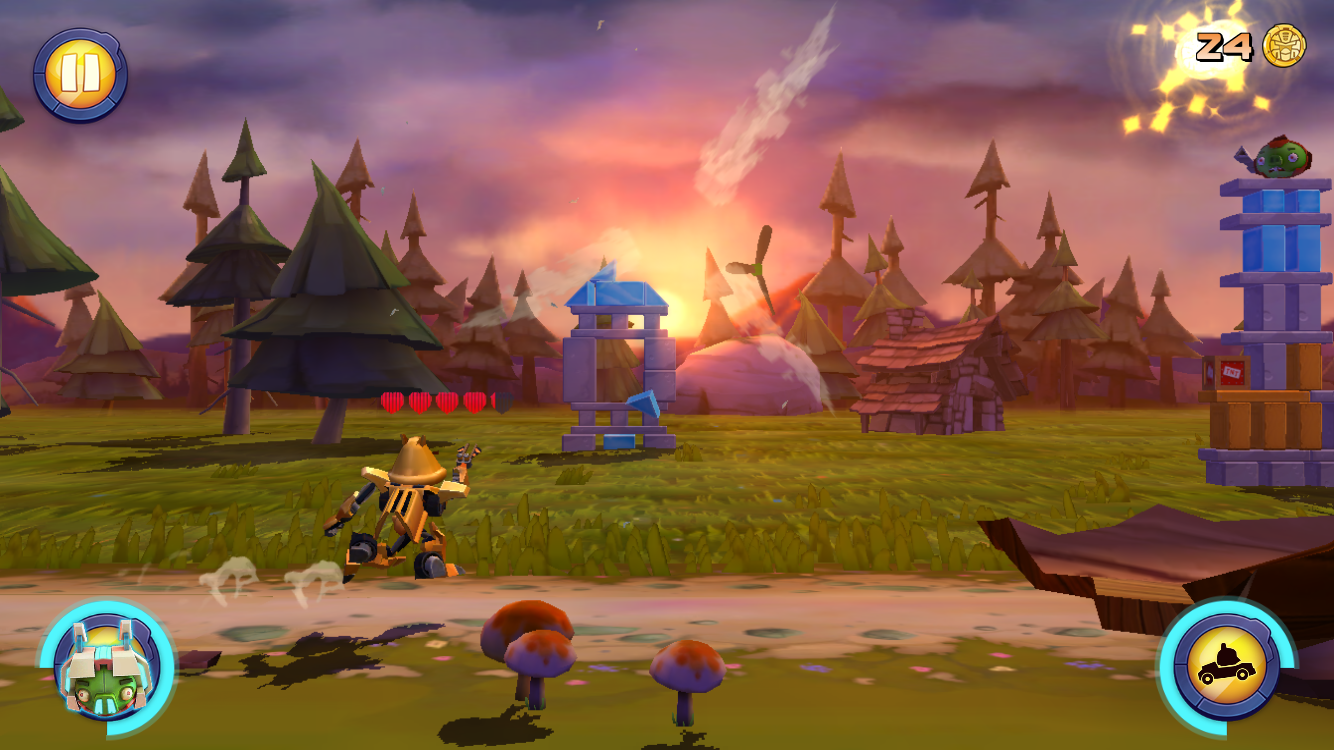 Angry Birds Transformers is a side scrolling auto runner game, that manages to combine Hasbro’s successful franchise, Transformers with Rovio’s famous Angry Birds. The game is available for free on iOS and I’ve played it on the iPhone 6. The runner is a total hit and it’s very fun to play. 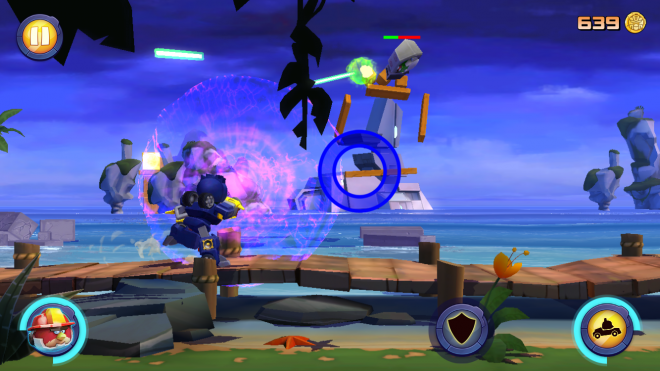 It also manages to implement timers smartly, so it doesn’t poison the gameplay or slow it down. This freemium title features the famous birds and pigs from Angry Birds working together, while being morphed into robots. They’re fighting a new enemy, that has made pigs into hybrids and some crazy towers running around. During gameplay, while you’re auto running, you can transform into a vehicle to avoid traps or speed up to the end of the level.

There are 3 currencies here: coins, pigs and crystals. The first buy upgrades for robots and unlock new map areas, while the pigs unlock new robots to play with and crystals speed up timers. Each of the robots has a special power and can receive more once they’re upgraded. Aside from running you will also be shooting towards blocks of ice, rocks and wood, in order to take down pigs from the background or the foreground. 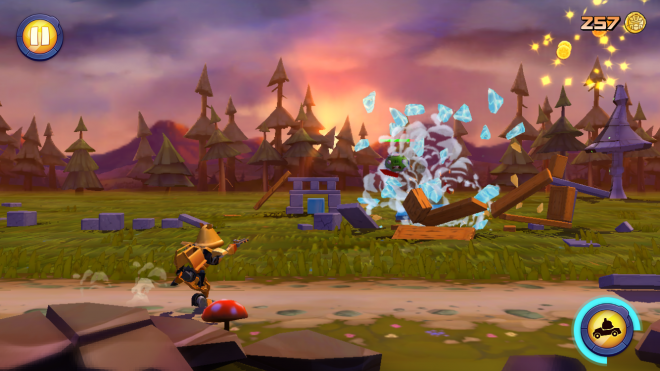 You can also team up with other players’ robots and summon them to aid you in battle. Just like in old school games, you have little hearts above your head, showing your lives. Once they run out it’s game over and you have to spend coins to mend the bot. The game is repetitive but fun and the three star rating system is gone, only replaced with pure currency rewards. The acoustic background comprises 80s synth music, very well made music to be frank and the whole vibe of the game is great.

We’ve got a VHS style pause menu and the graphics go fuzzy in the 90s and 80s way when you take too much damage. The intro takes us back to the Transformers series from many years ago and this title feels like it’s made by people who actually love Transformers. You can also unlock a special Jenga mini game, that costs 9 euros, but that’s up to you. Angry Birds Transformers features 6 Autobirds, 5 Deceptihogs and it includes famous characters like Optimus Prime, Bumblebee, Heatwave, Grimlock, Megatron, Galvatron or Lockdown. All of them are perfectly rendered and filled with humor, particularly in the high fiving sections after cooperating.

There’s also support for Telepods and I have to admit I didn’t expect to be as fun as it actually is. We give it a 9 out of 10 and you can download it here.