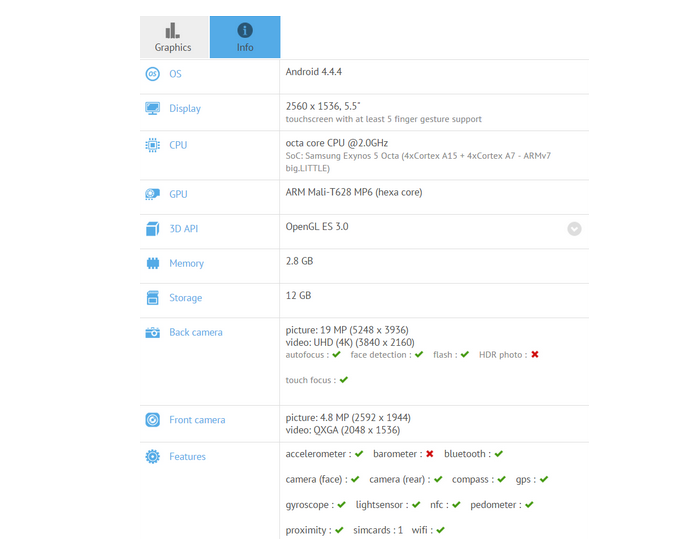 We’ve recently covered the Meizu MX4 Pro, that leaked in a few renders and today we uncover a list of specs, courtesy of a GFXBench benchmark test. Said test is shown below, as a list of results, that also includes the phone’s features. 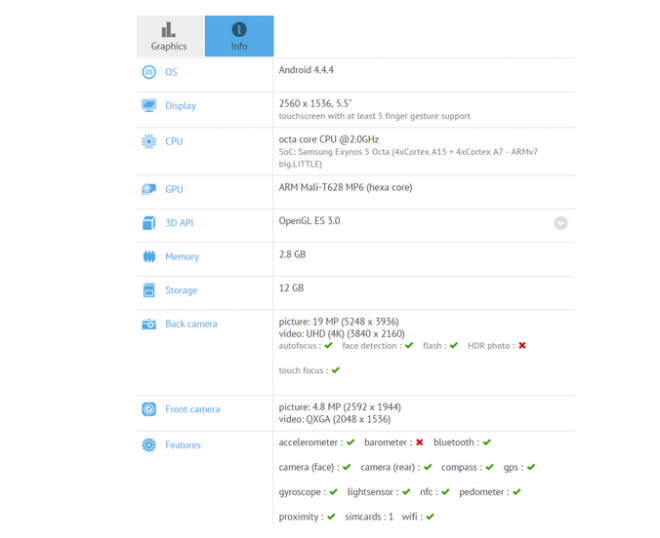 The Meizu MX4 Standard has already been launched earlier this fall and the MX4 Pro has appeared here and there with rumors of delay till next month. This model was seen running Android 4.4.4 and sporting a 5.5 inch 2560 x 1536 pixel display, as well as a Samsung Exynos 5 Octa processor, clocked at 2 GHz. The processor includes 4 Cortex A15 cores and 4 Cortex A7 ones, using the big.LITTLE architecture.

The device also comes with a hexa core GPU, the ARM Mali T628 MP6 and offers 3 GB of RAM and 16 GB of storage. It has a 20 megapixel back camera, probably with a Sony sensor and comes with the ability to do 4K video capture. Upfront there’s a 5 MP shooter and other features include an accelerometer, compass, gyro, GPS, NFC, light sensor and pedometer. We also expecting a fingerprint scanner here.