Remember the iTunes system fraud we reported a couple of days ago? It involved a developer of book apps, who managed to reach the top 50 positions in the App Store with 42 of his applications, which is pretty much a bogus climb. The find was made by developer Alex Brie. 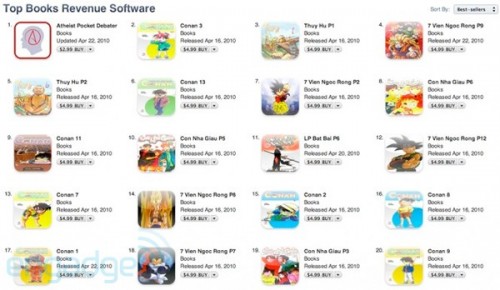 Now, Apple took action and removed developer Thuat Nguyen and his apps from the App Store, for violating the developer Program License Agreement. It seems his apps were bogus content and some iTunes account fraud was involved, as users lost their accounts and they were used to purchase the strange behaving software.

Aside from banning the developer, Apple recommended iTunes users to check their bank and kill the cards associated with the accounts that got hacked. Apparently, about 400 iTunes users were affected, which is OK, considering the 150 million accounts Apple handles daily.