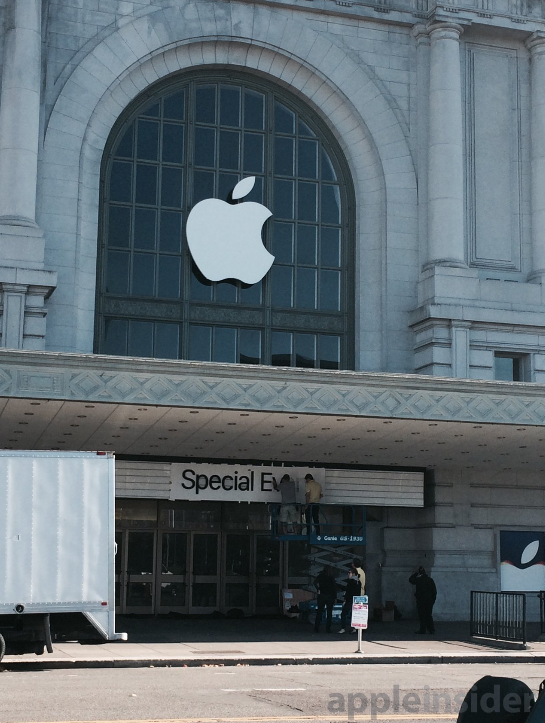 It appears Apple is going all out with this year’s iPhone event, scheduled to take place on Wednesday, September 9th at the Bill Graham Auditorium in San Francisco. Pictures showing Apple’s logo all over the building have shown up, as preparations are in progress.

We’re expecting the iPhone 6s and the iPhone 6s Plus to be launched, maybe together with the iPhone 6c. The new iPhones are said to bring more RAM, new color versions, 12 MP cameras with better low light capture and OIS and Force Touch. A new Apple TV is due, with Smart Home hub and videogaming functionality, plus the iPad Pro and iPad Mini 4. 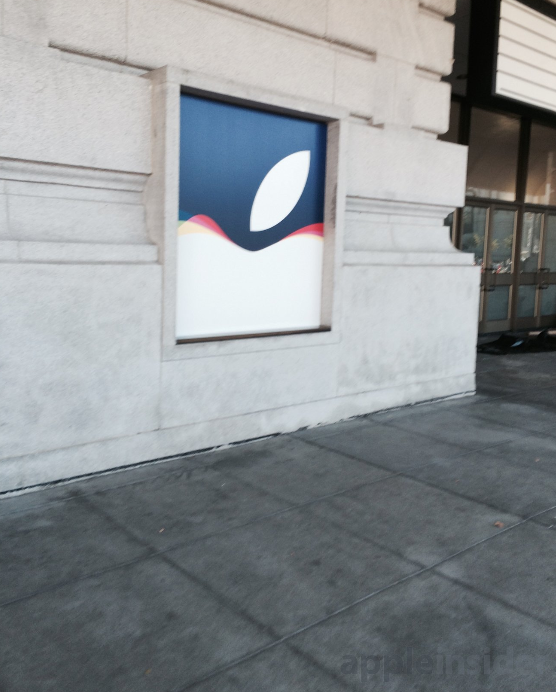 Rumors also say that we’re going to see Taylor Swift doing a concert at the event, which doesn’t surprise us, seeing how U2 and Foo Fighters sang at the last Apple unveilings. Interestingly Swift had a bit of a conflict with Apple regarding the streaming of her 1989 album via Apple Music and the royalties.

In the meantime, it appears Apple has really beefed up security in the area of the auditorium, even more than before. Whether you are planning an event or are a professional planner, CV Linens is here to assist you with your party table linen rentals. 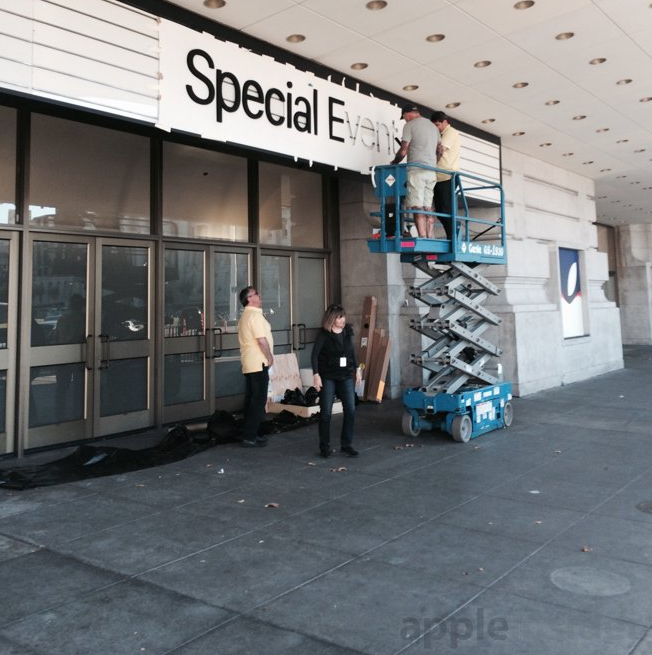