As if you didn’t know, we’re in the midst of an economic depression, so it shouldn’t surprise us to find out that in some countries, like Romania (Eastern Europe), the iPhone 3GS launch had very poor attendance. In fact, there was only one Apple fan(boy) in front of the store for 5 hours and about 20 people present at launch time. 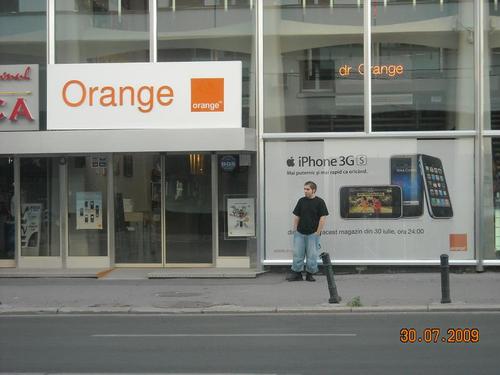 It might be the Europe League match against Motherwell of a local soccer team, it might be the rain that fell near the Orange Romania Concept Store, or simply the fact that the iPhone 3GS is a really expensive device, even on contract. Also, the differences between the 3G version and the new one are too small to convince the 3G iPhone adopters to upgrade. 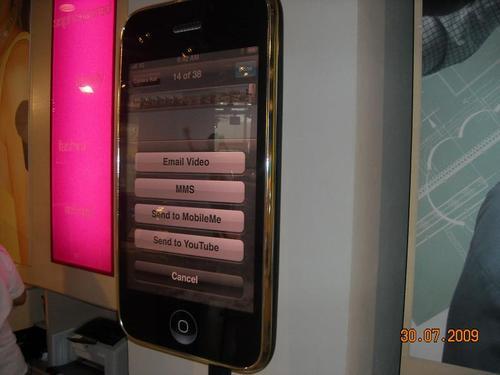 Even if one would fall in love with the hardware inside the 3GS and its super speed, he’d have no bragging rights in front of his friends who own 3G units, because the two phones look the same. The guy you can see in the photo below, holding the iPhone 3GS was the first to purchase it legally in Romania, as we have found out via Mobilissimo. 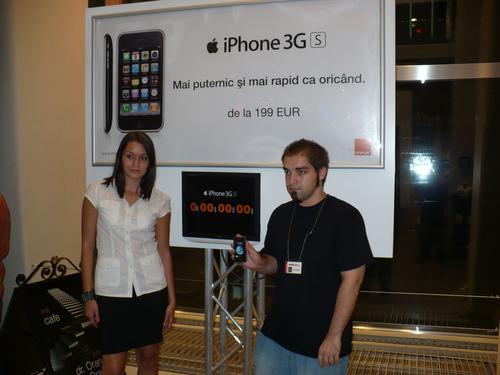 Actually, the guy is part of the website’s staff, an editor and he did a funny little thing, by showing up very early at the store, in order to be the first in line. “What line?” you ask… The imaginary and fine line between a successful launch and Orange Romania’s event last night…