AT&T has just announced Samsung Solstice, yet another full 3 inch touchscreen with TouchWiz UI on board and support for quad band GSM/dual band 3G radio. 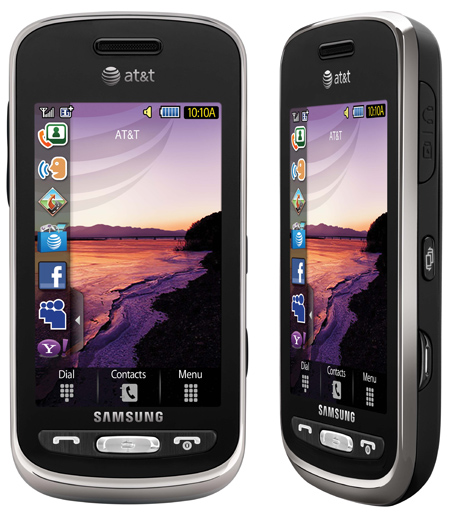 The device also packs a 2 megapixel camera with no flash, aGPS, haptic feedback, an accelerometer and other mid-range features we’ve come to know and love. Expect Solstice to hit the stores and web on Sunday, August 2nd for about $99.99 after mail in rebates, with a 2 year contract.