It’s been a pretty disappointing WWDC 2009 folks and if you’ve been expecting an Apple netbook, a tablet or a 4GB iPhone nano, forget it! Instead, we’ve got TomTom announcing an app and a dock specially created for the iPhone, plus the long-awaited iPhone 3GS that just got announced. Also, the iPhone 3G gets a major price reduction and it’ll be available for $99.

The iPhone 3GS (S for speed) packs a 3 megapixel camera with video recording, which is quite disappointing for a next-gen device, as is the fact that the iPhone 3G’s design hasn’t been changed. The above-mentioned camera does VGA 30 fps video recording, supports autofocus and touch focus and you should also know that the new Apple phone comes with a built-in compass.

Here’s the official ad video and more info after the break:

iPhone 3GS’ camera should also behave better in poor lighting conditions and its macro feature allows it to take pictures from 10cm. As far as video editing is concerned, you get a pretty basic editor, allowing you to trim the recorded videos. Among the neat features of the new handset there’s the voice control and dialing, that can be used via a voice command interface triggered with a longer press on the Home button. 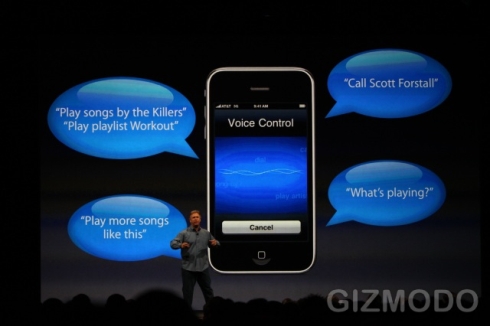 Hardware encryption is also available on the iPhone 3GS, as well as iTunes encrypted backups and the Remote Wipe feature. The new handset’s battery life has been increased and now it can provide 12 hours of 2G talk, 30 hours of audio playback and 10 hours of video playback. Expect the iPhone 3GS to hit the market on June 19 2009 in USA, France, Germany, Canada, Italy, Spain Switzerland and UK and 80 more countries in the following months.

The phone will retail for $199 in its 16GB version and $299 for the 32GB one, while the older 3G iPhone will be available for $99 (8GB version). The iPhone 3GS will feature the iPhone OS 3.0, that will be officially released on June 17, as a free upgrade for iPhone and iPhone 3G users. An important thing you must know is that there’s a TomTom GPS navi app coming your way and it’s compatible with the new OS. 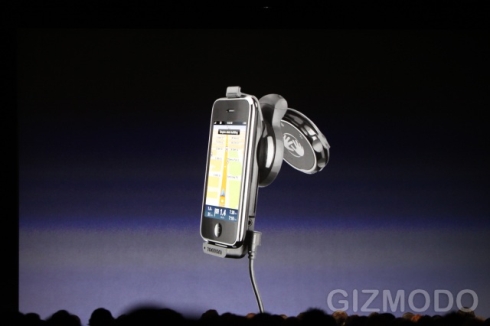