As we may know, until now, high storage options for Apple products were only available on iPad tablets, but now, according to a new leak, it seems that 2014 will be the year when the next generation of iPhone will get a 128 GB variant. Looking at the documents below that first showed up on mp.weixin.qq.com , we notice that the 128 GB NAND flash memory is developed by Toshiba.

Also, the documents above reveals the fact that iPhone 6 will be available in three different variants when it comes to the internal space of storage. Beside the 128 GB variant, we’ll be able to buy a 16 GB, or a 64 GB one. However, we expect that the price between the 16 GB model and the 128 GB one to be a lot high. There’s also a little doubt when it comes to the 32 GB version that isn’t listed above, making us wonder if Apple will release it too or not. 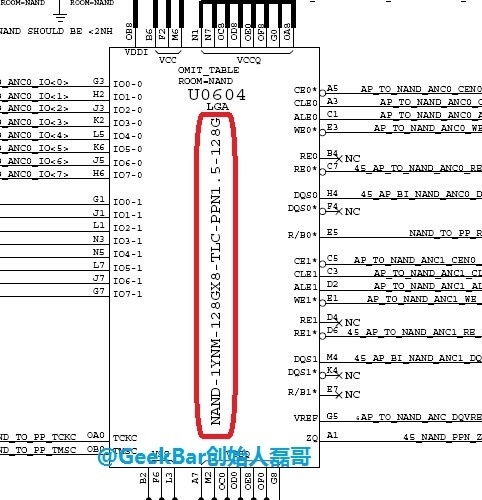 Taking a look in the previous leaks, is expected that iPhone 6 to bring a 4.7-inch screen, an Apple A8 processor, a new resolution of the screen and a new improved camera. We’re also be getting a on/off button placed in the right side of the phone and a slimmer and more rounded body. Are you ready for the iPhone 6?