After having damaged its image irremediably, because of ignoring the issues of its new handset, Apple has started losing cash over its problems. Apparently, the Cupertino giant lost $10 million in value, after an US consumer watchdog heavily criticized the iPhone 4. 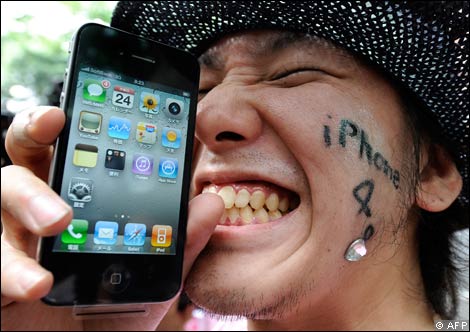 Also, Apple has a press conference related to the new iPhone scheduled for tomorrow and hopefully they’ll announce a fix for its antenna issues. Some fear they might announce a recall of the iPhone 4 units, instead of a software fix. Consumer Reports is the US consumer watchdog that published the negative review on Apple’s new phone, decreasing the company’s value.

As a follow-up to the bad review, Apple blocked links on its user support pages to said analysis, once again crippling its image. Consumer Report mentioned that it had tested 3 iPhone 4 units and found the signal issue that made you drop calls very annoying. We remind you that when touching the iPhone 4’s lower left corner, you’ll instantly lose signal.

Will this problem spell the end of the iPhone magic?

[via telegraph.co.uk and ft.com]