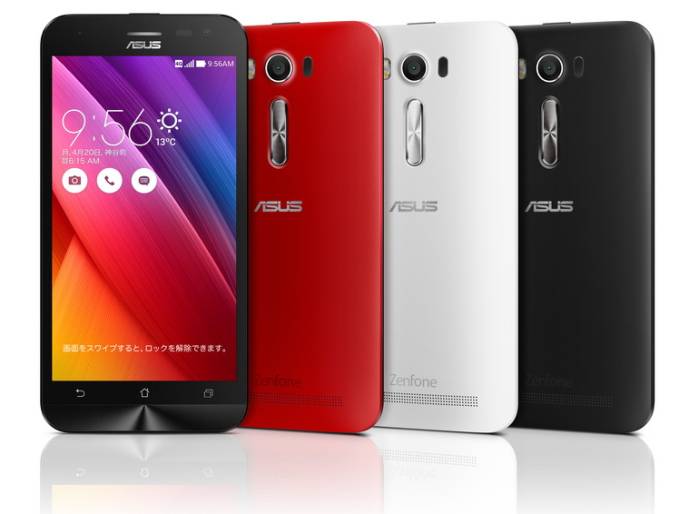 Today, on the Indian market, Asus has officially announced the launch of ZenFone Selfie, Zenfone 2 Laser 5.5, ZenFone 2 Laser 5.0 and ZenFone 2 Deluxe. These devices will be unveiled next week during a special event called ZenFestival 2015.

As you already know, the Zenfone Selfie was announced at Computex with a 13-megapixel front-facing camera and dual-LED flash. This phone packs a 5.5 inch FHD display + Gorilla Glass 4, an octa-core Qualcomm Snadpragon 615 processor, 2 or 3 GB of RAM memory and a 3.000 mAh battery.

The novely here is the Zenfone 2 Laser, phone that arrives in 5.5 and 5 inches variants. The 5 inch model offers a 1280 x 720 pixels resolution, a quad-core Qualcomm Snapdragon 410 processor on 64-bit, a 13-megapixel rear camera and a 5-megapixel selfie sensor. We get a 2.400 mAh battery, Corning Gorilla Glass 4 protection and a laser autofocus module on the back.

On the other hand, the 5.5 inch device brings 2 GB of RAM memory, the same processor and cameras and also a 3000 mAh battery. Among the colors available for this model we have: pure black, ceramic white, glamour red and sheer gold.

The last one called ZenFone 2 Deluxe, is basically the same as the regular Zenfone 2. However, this one brings a special rear cover featuring a 3D-cut design. According to the producer, Zenfone 2 Deluxe will offer up to 4 GB of RAM memory and 128 GB of internal space of storage.