Chinese search engine Baidu was rumored last year to be working on its very own OS, based on a cloud solution. Called Yi, this OS hasn’t been spotted on any real device, up until today when a picture of a smartphone leaked. Now rumors are saying that we’re supposed to expect an official debut of the new OS this week. 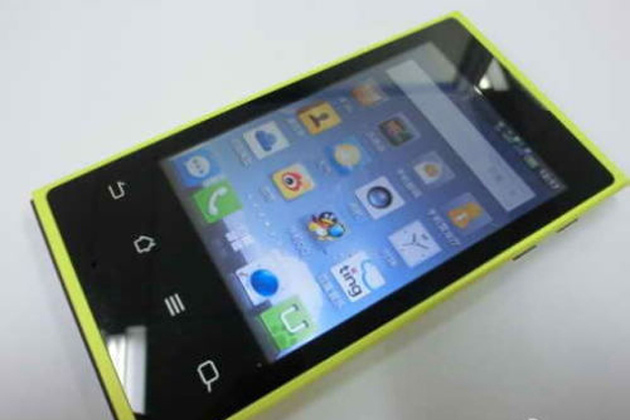 The mobile operating system will be called simply Baidu Cloud and the company’s head of mobile, Wang Jing stated that partnerships are ready to take place and an announcement will come soon. The image you see here is supposed to have appeared on the Sina Weibo account of the company’s mobile director Yue Guofeng, but it was pulled after a while. The handset looks colourful and reminds me a bit of the Nokia Lumia lineup, combined with that squared design of the LG Optimus L series.

The device is said to have a 3.5 inch touchscreen, 100GB of cloud storage and a Siri-like voice control mechanism, courtesy of Baidu. The price will be around $158, with a China Unicom contract and a release slated for the middle of the current month. I also expect a tablet with the Baidu OS to be announced pretty soon, as well.