Although banking has moved to the Internet and mobile platforms, checks are still very much in use, but now even these pieces of paper are ready to enter the iPhone age. USAA, a privately held bank and insurance company has just announced an iPhone app that will allow the users to take pictures of their checks with the handset’s camera. 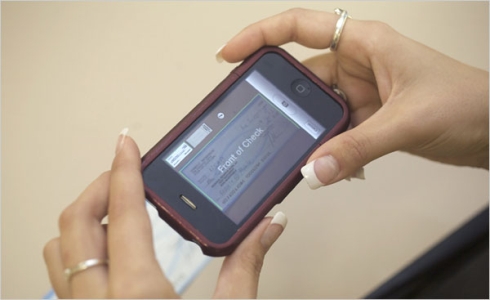 The iPhone owner using this app will have to photograph both sides of the check and then, with a press of the “send” button, the image is going to confirm the transaction via the deposit taking system. There’s no need for customers to mail the check to the bank later on, since it all goes down electronically.

About 60% of the bank’s customers qualify for the new deposit feature and right now 1 million of USAA’s 7.2 million customers use their handsets to access their accounts, be it through texts, mobile browsers or an iPhone app launched in May.