Once Barack Obama starts his presidency in January, he’ll be forced to surrender his trusted BlackBerry, as a security measure that the US president has to face. This comes as bad news for Mr. Obama, who is an avid BlackBerry user and even texted and emailed people on the night he was elected. 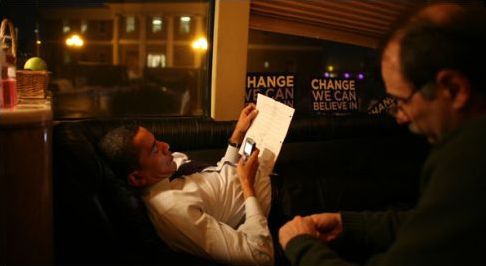 Aside from not being able to use his old mobile phone, president Obama now has to comply with the Presidential Records Act. This makes all of his correspondence part of the official records and sometimes publicly available. The new US president tries to get the officials to make an exception and allow him to use the email features of his handset, but that seems highly unlikely.

Barack Obama is the second president to be technologically isolated like this, since George W. Bush also had to deal with similar measures after his inauguration. What’s worse is the Mr. Obama is a blog reader and a laptop user, plus he received most of his paperwork and studies on his BlackBerry and seldom user paper throughout the campaign.

How will the new President cope with these security measures?

[via The New York Times]