BlackBerry 10 OS may be in its early stage of life and it was showcased as such last week during BlackBerry World 2012. Now, a bunch of shots of the OS leaked online and they show us the Home screen, app tray and messaging inbox. You can see all of them below: 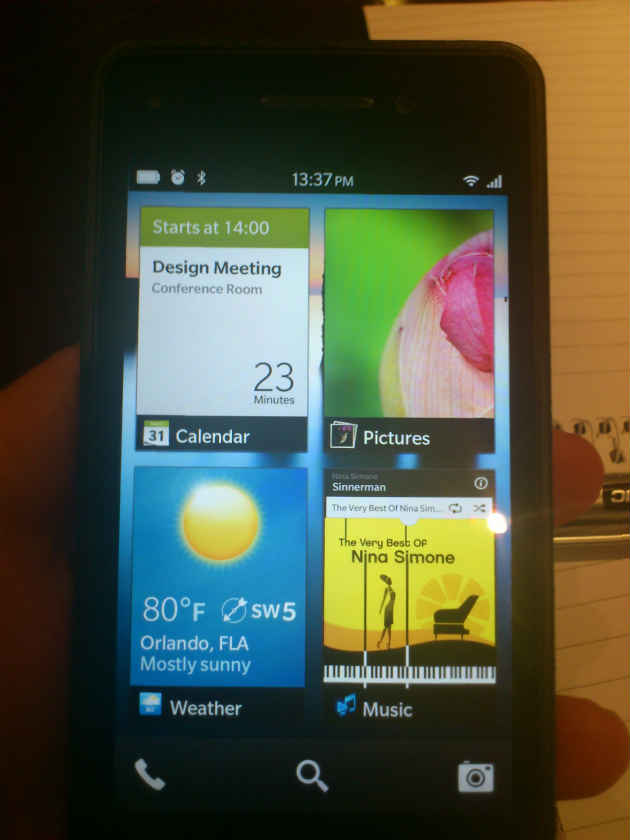 They appeared during a RIM media briefing event in London. The main homescreen will allow you to pass to the app tray through a swipe left gesture. From there you can launch all the apps you want. Their icons remind me of the QNX OS quite a lot, not that it’s a bad thing, since I liked those. Also, wherever you are in the menus you can swipe up from the bottom right corner to access the message inbox. The crucial thing that will decide the future of the OS will be the notification area and I’m dying to see that.

This is merely a tease and we have months to wait before seeing the finalized product. The first impression is finally a positive one, after so many months of problems associated with RIM’s image. Fingers crossed for them to finally make a breakthrough. 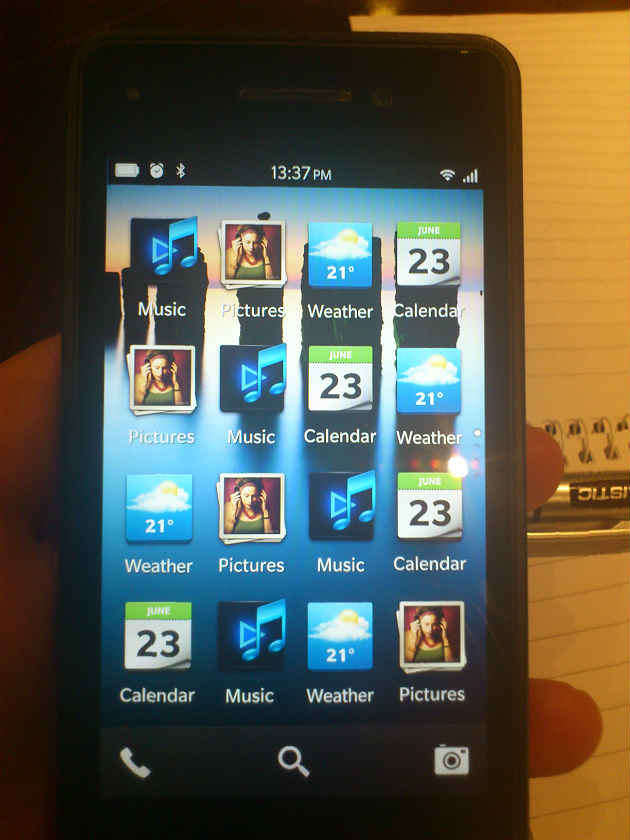 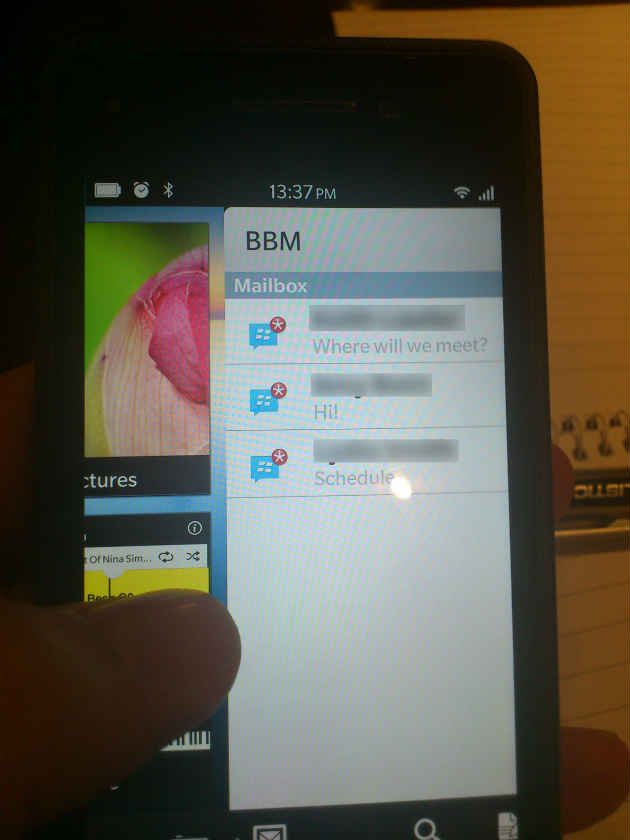