Yet another PR error in the long series done by RIM has happened during the past 24 hours. The Canadian company leaked a yet unannounced model called BlackBerry Bold 9730, that was in fact a typo of the BlackBerry Curve 9370 unit and in a matter of minutes it became rival online, being taken over by many websites. 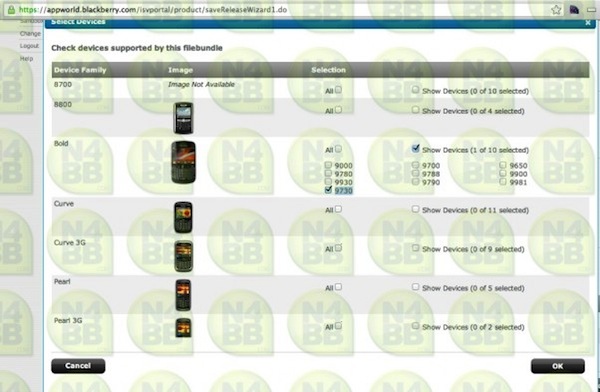 RIM listed the new device on the App World Vendor Portal, but didn’t disclose any extra info. At first it was believed that the BlackBerry 9730 was the CDMA version of the Bold 9790, but once again it was a mere typo. Just for the sake of recap, let’s see some of the other PR mistakes that RIM did over the past year:

– two RIM officials were caught drunk in a plane, made a scandal, got arrested
– people in Asia got trampled during a rush caused by a BlackBerry phone launched
– the two co CEOs at RIM had to leave
– their sales and stocks dipped a lot
– no new device has been launched for many months
– the new OS was delayed a lot, till 2013
– the BlackBerry services failed to function for many days in October 2011

This all adds up to a pretty rattled PR image of the company, that one could believe is actually sabotaged to be bought for a lower price, if you’re to believe paranoid speculations. What’s next? Going bankrupt or maybe some work accident?