Strangely enough, next month’s BlackBerry World event might only include the BlackBerry Bold Touch as new product, in spite of RIM leaking quite a bunch of handsets lately. Last time we saw a roadmap of the Canadian handset maker it included no less than 6 product launches in the June – September time frame, so there’s a lot to announce. 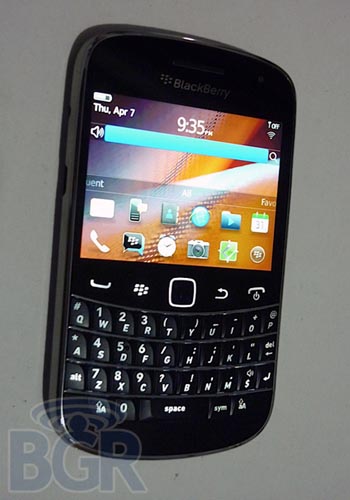 BGR quotes two independent sources saying that RIM only wants the Bold Touch to become official at the beginning of May, which would be strange. Also known as the Dakota/Montana, BlackBerry Bold Touch comes with a 1.2GHz processor, a 5MP camera capable of HD video capture, a 2.8 inch VGA display and 8GB of internal memory.

BlackBerry World will take place between May 3rd and the 5th and we sure hope that other handset models will be present too, aside from the main new flagship device. Maybe a new PlayBook?