BlackBerry has chosen this year to announce its new flagship devices and the newest version of its proprietary OS – 10. The devices were greatly appreciated in all forms but one, as the Z10’s design seemed a bit too iPhone-sh. Looks like that is going to change. 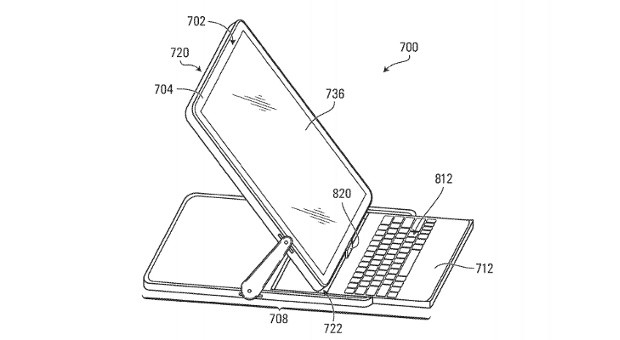 Innovation in terms of smartphone design may just be the hardest thing to accomplish as most manufacturers struggle to look different. With a new design also comes a lot of testing and designing the interior so that every component should fit the way it was meant to. BlackBerry has adopted a shape towards the touch interface and with it the company chose a design that is maybe a bit to familiar. The manufacturer is used to have its own strengths in terms of smartphone look and feel and it’s going to bet on that for future devices.

BlackBerry only announced one device that is truly touch oriented as the X10, also launched this year, preserves a more familiar look to the manufacturer’s standards. As the BB OS 10 will evolve, to bring even more reliance on gestures, a new original design is required for the manufacturer to step ahead. In this regard, BlackBerry has filed a patent related to a new smartphone design, that looks like a reworked version of the flip-phone. The design allows for the use as a stand and also provides a full QWERTY keyboard. And that without sacrificing the touch experience. No word as to when we might see it in action.