Samsung Mobile India has just launched a new series of smart feature phones in India, under the REX branding. We’re dealing with 4 new handsets, the Rex 90, Rex 80, Rex 70 and Rex 60. They have modest specs, decent prices and single/dual SIM options. The devices stand out from the crowd through the high quality of the display, pleasant form factor and bundled apps. 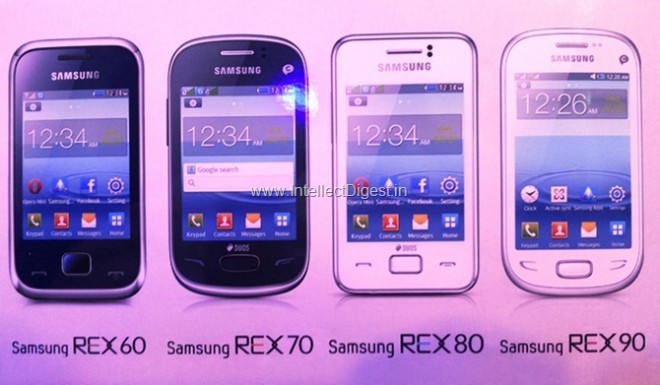 All of them come with social networking apps, some games and EDGE internet support. Rex has a target audience made of people who like to stay connected and use the smart features on a smartphone, all of that for an affordable price. Samsung Rex 90 brings the following features and specifications:

Samsung Rex 80 has the following features:

Which of these models tempts you the most?