A BGR tipster recently found out that BlackBerry Oxford, a new clamshell made by RIM would be heading to Sprint around October 31st. This will be an exclusive launch and we learn that the unit will be available in grey and purple, with the latter being launched afterwards. 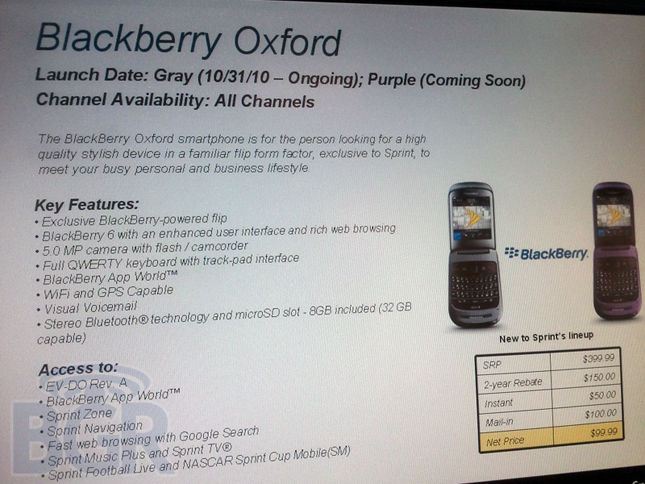 This device should be powered by BlackBerry OS 6 and it’ll go for $99.99 on a 2 year contract, after a $100 mail in rebate. Here’s the specs list for the handset: